Tuesday, 18 June 2019
0
Robin Whitlock
Leading UK engineers have assessed the possibility of using hydrogen in place of natural gas in the UK’s gas grid and concluded that there is no reason why this cannot be achieved safely. 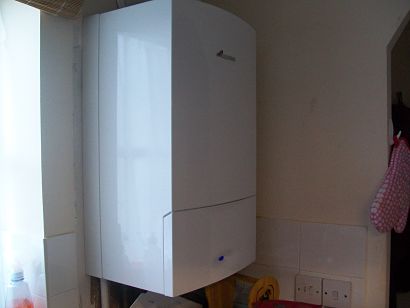 The use of renewable hydrogen in place of natural gas would contribute significantly to the UK’s 2050 carbon emission reduction target and help address the climate emergency given that natural gas is now one of the largest sources of carbon emissions. 85 percent of homes in the UK use gas for heating and cooking and more than 50 percent of energy consumed by industry, alongside 40 percent of electricity, is also generated from gas. The key feature of hydrogen is that when combusted it produces no carbon emissions and is therefore a low carbon alternative to natural gas.

The findings are detailed in a new Institution of Engineering and Technology (IET) led report. Experts from five professional engineering institutions were tasked by government to assess the engineering risks and uncertainties around using hydrogen in homes, businesses and industry as a future low carbon fuel.

“We are now in a position to seriously consider the viability of using hydrogen in the UK’s gas grid for use by homes and businesses which could significantly contribute to the decarbonisation of the UK’s energy sector” said lead author Dr Robert Sansom of the IET’s energy policy panel. “Hydrogen has not been deployed at scale anywhere in the world and so any proposal will need to compensate for this lack of experience. Our report identifies key risks and uncertainties such as ensuring that we understand the impact on the public from a transition to hydrogen and can minimise any disruption that arises. We know hydrogen produces no carbon emissions when burned but it is also important to fully investigate and understand the overall environmental impact a switch to hydrogen is likely to make. It’s fundamental that these areas as well as others identified in the report are comprehensively addressed before a programme of large-scale deployment is considered.”

The benefits of hydrogen include its ability to be produced in large volumes from natural gas using a process called gas reforming. A by-product of this process is carbon dioxide and this must be used or safely stored – a process called carbon capture utilisation and storage (CCuS).  Hydrogen can also be produced using electrolysis but at present this is less suited for producing large volumes of hydrogen and costs are currently higher.

In addition, most of the UK’s iron mains gas networks will have been replaced with hydrogen-safe polyethylene pipes by 2030.  Existing gas boilers in homes will need to be replaced but boilers have a working life of 10 to 15 years and so these could be phased in with “hydrogen-ready” boilers at little additional cost to consumers.

The report identifies five key recommendations which need to be investigated but also acknowledges that good progress is already being made.

Prepare a detailed transition programme so that problems can be identified, and solutions found

Identify and mobilise the skills and resources required

“It is ambitious” added Dr Sansom. “To make a significant contribution to meeting the UK’s 2050 carbon reduction target the transition to hydrogen would need to be implemented over the next 30 years.  This may seem a long time but in terms of the infrastructure required and millions of homes and businesses affected it is a relatively short. Action is required now and we hope that our findings and subsequent recommendations can make a significant contribution to advancing the decarbonisation of the UK.”

The release of the report corresponded with another report produced by the International Energy Agency (IEA), covered by REM on Friday, which finds that clean hydrogen is strongly supported by governments and businesses around the world and that it can help to decarbonise a range of sectors while also helping to store the output from variable renewable energy plants such as solar farms and wind farms.

Institute of Engineering and Technology (IET)