Wednesday, 04 November 2020
0
REM
EIT InnoEnergy,  the leading engine for innovation and entrepreneurship in sustainable energy in Europe, today launched the European Green Hydrogen Acceleration Center (EGHAC), an unprecedented effort to support the development of an annual €100 billion green hydrogen economy by 2025 that could create half a million direct and indirect jobs across the green hydrogen value chain. The initiative is supported by Breakthrough Energy, a network of entities founded by Bill Gates and the world’s top tech and business leaders to speed the transition to a clean energy future. 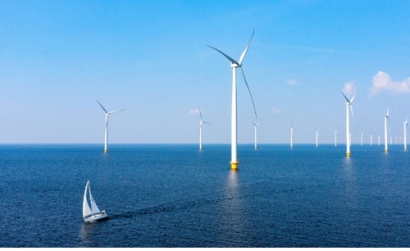 Green hydrogen is a key driver in transforming Europe’s energy sector and a catalyst for decarbonizing its sizable industry. As a proven low emissions power source, green hydrogen is well-positioned to become a central piece of the EU’s climate neutral economy – helping the continent secure strategic autonomy by lessening its dependence on over €320 billion of fossil fuel imports each year. To meet this potential, Europe needs to create a world-class investment environment to accelerate innovation and production capacity. EGHAC promises to accelerate green hydrogen production at gigawatt scale to deliver large-scale industrial projects across Europe. EGHAC will strive to be a key actor in Europe’s green hydrogen ecosystem and will work collaboratively alongside existing efforts in this space to achieve Europe’s vision.

Among the most urgent near-term priorities is to close the price gap between carbon emitting technologies and green hydrogen, which would drive substantial displacement of hydrocarbons in energy intensive industrial applications (i.e. steel, cement, chemicals), heavy transport (i.e. maritime and heavy duty) and fertilizers. Green hydrogen can also be used to store energy, which makes it a key enabler for the expansion of volatile renewable sources, in particular wind and solar energy.

Jacob Ruiter, member of EIT InnoEnergy Executive Board, said: “The commercialization of green hydrogen is absolutely vital if Europe is to achieve its ambitious goals of becoming the first net-zero continent by 2050. Quite simply, there is no better way of decarbonizing heavy industry and heavy transport, and it can also play a significant role in supporting grid flexibility through storage.”

The EGHAC will manage several workstreams, including (1) promotion and co-creation of industrial projects across the value chain, (2) building connections with other industrial and energy value chains, (3) acceleration of technology development, (4) stimulation of market growth, (5) societal acceptance, and (6) addressing the skills gaps.

EIT InnoEnergy brings valuable experience from the European Battery Alliance (EBA), which has become a highly successful blueprint for developing specialised industrial value chains in Europe, with formidable economic impact delivered in record speed. The annual market value is estimated at €250 billion from 2025 onwards. For Europe, the establishment of a complete domestic battery value chain is imperative for a clean energy transition and a competitive industry.

The key to EIT InnoEnergy’s success is operating at the center of the energy transition, bringing innovators, entrepreneurs, investors and other key stakeholders around the table to deliver a very ambitious target.

Ruiter adds, “We are delighted to be spearheading this initiative with the support of Breakthrough Energy and look forward to working in earnest to reduce the cost of green hydrogen, stimulate market uptake and build a strong European green hydrogen value chain, as quickly as possible. Speed is of the essence.”