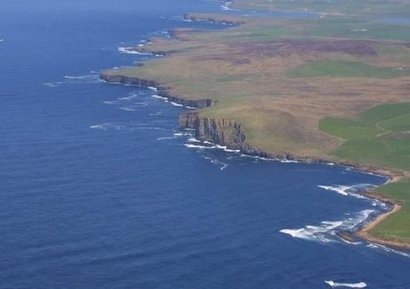 The £1.79 million project will pilot the storage of electricity from different forms of renewables to overcome island grid constraints. The tender for the project was won by energy storage and clean fuel company ITM Power. The company will supply an integrated hydrogen system for use at EMEC’s tidal test site at the Fall of Warness, off Eday.

The main component of the system is a 0.5 MW ‘polymer electrolyte membrane’ (PEM) electrolyser with integrated compression and up to 500kg of storage. This will be used to absorb some of the excess power generated by the tidal turbines being tested at EMEC. The hydrogen gas generated will be compressed and stored, with some of the gas being used in a hydrogen fuel cell to provide backup power to EMEC’s extensive data gathering and control systems. The remainder of the hydrogen will be used off-site by a further project being developed separately by Orkney Surf and Turf in order to absorb the output of a local community wind turbine operated by Eday Renewable Energy Ltd.

“We are really excited about the deployment of ITM Power’s electrolyser system on Eday” said Neil Kermode, Managing Director at EMEC. “The electrolyser will allow us to pilot the production of hydrogen fuel from tidal energy, and allow surplus renewable energy on the island to be used without having to rely upon the inadequate grid. We expect to have this installed and working within the next year.”

Mr Kermode added that while similar projects are happening all around the world, EMEC doesn’t believe anyone else is doing this with tidal energy. It is an innovative way in which to tackle the shortcomings of the local grid, which is holding back marine energy in Orkney. EMEC regards this as a golden opportunity to break away from 20th century cable architecture.

According to Michael Rieley, Senior Policy Manager, Grid and Markets at Scottish Renewables, Orkney’s current connection to the mainland electricity grid is not suitable for transmitting the large amount of power produced by renewables on the islands. If the project is successful, similar projects could be developed all over the UK.