Friday, 05 October 2018
0
Robin Whitlock
German startup SINN Power will shortly be conducting a feasibility study on the potential of wave energy and other renewable technologies on behalf of a customer in Guinea, West Africa. 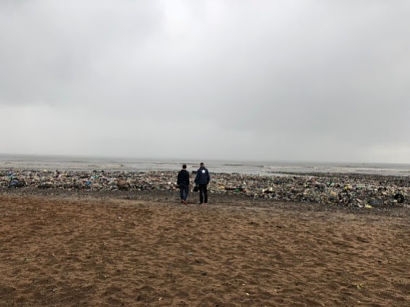 Climatic conditions in the West African country of Guinea, including torrential rain alternating with dry seasons with winds blowing in from the Sahara, mean that a stable power supply is difficult to achieve. A poorly developed central infrastructure is also a major challenge, with the country approaching 2000 blackouts every year.

However, SINN Power has seen an opportunity and will shortly be engaged over the course of a year investigating how a renewable energy mix, consisting of wave technology, small wind farms, kinematic hydroelectric power plants and solar energy, can be used to secure a durable and stable power supply.

During a first visit to the capital Conakry in the summer of 2018, SINN Power was involved in initial discussions about the possibilities of developing renewable energy supply. This included a geographical assessment using 3D analysis to verify the suitability of proposed sites for various clean energy sources.

During the next visit, probably taking place in October 2018, SINN Power will install multifunctional sensors at the selected locations. These will measure wave, solar and wind data over a period of 8 months. The generated data will be evaluated by SINN Power in Germany and summarised in a feasibility study, following which the company will provide a site-specific recommendation for the ideal off-grid system that perfectly meets the customer's needs.

SINN Power offers hybrid systems that combine the advantages of its own proprietary technologies with proven, standard market solutions. In addition to the expertise in the promising field of wave energy, SINN Power also offers solar plants, small wind parks and kinematic hydropower parks. In the future, the company aims to supply people on coasts worldwide with renewable electricity from ocean waves and other renewable energy sources.