Friday, 17 April 2020
0
Robin Whitlock
North Wales tidal stream energy project, Morlais, has had a significant boost with the announcement that three new turbine developers have signed-up to the project. 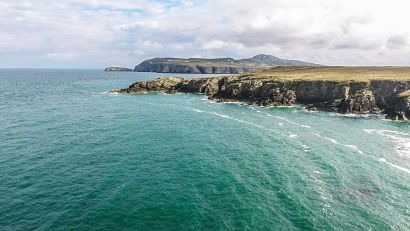 The deal comes following months of discussion with French firms Sabella and HydroQuest as well as Spanish developer Magallanes. All three companies aim to deploy their devices on a commercial scale at the Crown Estate-designated zone off the coast of Anglesey, north Wales.

Morlais is run by social enterprise, Menter Môn and has the potential to become one of the largest tidal stream energy sites in the world. The first stage of the project, aims to secure consent for the development of the zone. The second stage will put the necessary infrastructure in place so that developers, including the three new partners can implement their devices at the site.

Sabella is a tidal technology designer and developer based in Brittany, northern France. Its D10-1000 turbine was the first device of its kind to be connected to the French grid. With its 1-MW technology successfully demonstrated during sea trials since 2015, Sabella is currently targeting marine applications for remote grids with its range of modular products.

“We have been following Menter Môn’s work on the Morlais project since 2016 and are delighted now to be part of this ambitious project as a developer” said Marlène Moutel of Sarbella. “We look forward to collaborating with colleagues at Morlais and other stakeholders for the future success of marine energy in Wales. Anglesey’s waters have a great deal of tidal resource and Morlais will enable us to commercially deploy a pilot tidal array, a crucial step toward the development of the tidal industry.”

HydroQuest, also based in France has been developing hydro technology since 2001. The Grenoble-based firm develops turbine technology for rivers and the sea and aims to deploy its flagship 1MW tidal turbine OceanQuest in the Morlais zone.

The Magallanes project launched in 2009, in Galicia, Spain and has developed a technology capable of harnessing energy from the tidal currents which is cost effective and easy to maintain. Following the successful  tests of its first commercial scale tidal platform carried on at the European Marine Energy Centre (EMEC) in the Orkney Islands, Magallanes is now aiming for larger scale deployment at Morlais.

“This is great news for us as a business and we are grateful to Menter Môn for their commitment” added Alejandro Marques, Chief Executive Officer of Magallanes. “After many years of research and recent testing in Scotland we are now looking forward to being part of this exciting project in Wales which has the potential to become one of the largest tidal energy arrays in the world. Local skills, resources and supply chain are key for developers like us, and we will rely on them for every step of the value chain. The Morlais project is not only being developed in one of the best geographical sites for tidal energy, but also Wales has the skills and expertise needed to move the industry forward. The signing of this agreement is an important step for us and the beginning of a relationship which we hope will enable the development of a sector which will benefit the local economy on Anglesey, the UK’s zero emissions 2050 objective and global need to reduce pollution and fossil fuel emissions.”

Morlais is part funded by the European Regional Development Fund through the Welsh Government. The project has the potential to scale up over time to generate up to 240 MW of electricity, enough for an estimated 180,000 typical households.