Wednesday, 11 May 2016
0
Robin Whitlock
According to a new report by Ernst & Young (EY), interest in the UK with regard to investment in renewable energy has fallen to an all time low 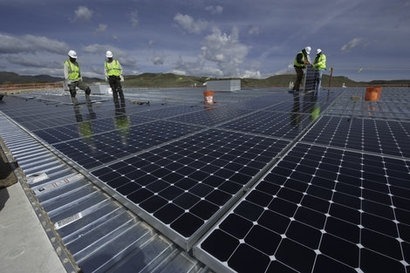 In the mid-2000s, the UK often topped the league for renewable energy investment but it has now fallen to 13th place in EY’s Renewable Energy Country Attractiveness Index (RECAI). The reasons for this fall in interest are depressingly clear, including political hostility to clean energy and environmental action, slashing of clean energy subsidies by central government in favour of tax breaks for North Sea oil, nuclear power and shale gas. The report concludes that as a result, investment worth tens of billions per year in clean energy projects will be lost to the UK.

“A non-committal approach is putting the attractiveness of the UK’s renewable energy sector on a landslide” said Ben Warren, energy corporate finance leader for EY, speaking to The Guardian. “The current approach is going against the grain of almost universal global support for renewables, and is masking the UK’s advantages of a growing energy imperative as ageing power plants are retired, strong natural resources, and efficient capital markets.”

Mr Warren added that if the current government continues on its present track with regard to renewable energy policy, “the only way for the UK is down”. However, wind energy companies remain confident, with Hugh McNeal, chief executive of trade association RenewableUK, pointing out that the government will still oversee a doubling of wind energy to at least 20 percent of UK power demand by 2020. Furthermore, the country remains the world’s largest offshore wind market.

EY’s report found some signs of optimism in the form of the licence auctions for new offshore wind farms due to take place over the next few months. However, even here, a level of uncertainty has been introduced by the conditions the government has placed on the licences and its track record thus far of clean energy policy U-turns.

The shadow energy and climate change secretary, Lisa Nancy, condemned the Tories ideological crusade against green energy, stating that it is destroying jobs, damaging investment and exacerbating the chances of Britain suffering a major power crunch in the near future.