Biodiesel: it may not be sexy, but it’s popular

Wednesday, 13 June 2012
0
Toby Price
Our most read report in June 2011 looked at the environmental impact of Brazil's biodiesel programme. It was one of three articles focusing on bioenergy featuring in last June’s top 10. Other stand-out topics included another less than flamboyant renewable energy source: solar thermal power. 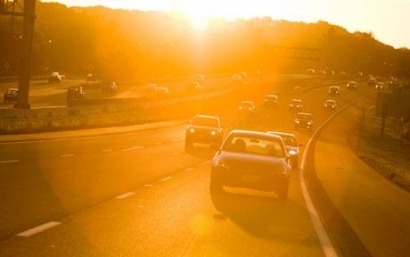 As Renewable Energy Magazine gained in popularity last year after our new look site went live in February, it has become increasingly common for our articles to receive over 10,000 hits each. Indeed, with 10,674 hits, our top story in June 2011 was one of the first to exceed this psychological milestone. The article in question was posted by one of our new bloggers at the time, Alex Koberle, who knows a lot about the Latin American energy sector, and in the first of his blog series entitled "In the energy mix", looked at the importance of seriously considering sustainability as Brazil ramped up its biodiesel programme.

The Latin American country had a mandatory 5% biodiesel-diesel blend (B5), which was expected to increase to 7% or even 10%. Alex was concerned that an overreliance on soybean to meet the consequent rise in demand may cause irreversible damage to the environment, negating the gains of the program and therefore argued for “a long-term outlook that includes and encourages other crops to gain dominance in the biodiesel feedstock mix” to prevent “putting all our bets in the soybean camp and finding ourselves stuck with misplaced infrastructure that takes decades to build and amortize”.

Next most popular in June last year with 10,301 hits was another piece on biodiesel, this time in neighbouring Argentina. It examined how in early May, Renewable Energy Magazine’s sister publication amERica had reported that the Government of Argentina and its biodiesel producers had rejected the proposed ministerial order in Spain setting out the amounts of biodiesel from abroad that can be sold in Spain, after Argentina sold 23% of its biodiesel surplus to Spain in 2010, promoting concerns of dumping.

Reacting to the news, the Argentine Chamber of Biofuels (Carbio) issued a statement saying that the proposal had been “opposed by the Argentine government through the Chancellor’s office in coordination with the Ministry of Agriculture, and the Ministry of Planning, presenting arguments against imposing this restriction”.

Little more has been reported on the biodiesel trade conflict between Spain and Argentina, although it appears Argentina’s biodiesel industry continues to flourish. In March, Carbio estimated that it would reach a record output of almost 3 million tonnes in 2012, some 20% higher than in 2011. How much of this will end up in Spain is unknown.

Third in our June ranking (10,173 hits) was another piece by one of our expert bloggers, Ritesh Pothan. In the first of a three part series on India's solar industry, Ritesh looked at the Gujarat Solar Policy which signalled Gujarat’s arrival as the major solar source of energy in the country and a path breaker for the sub-continent.

This piece was closely followed by one (10,146 hits) covering a new EurObserv’ER barometer on two renewable energy technologies: solar thermal energy for hot domestic water heating and concentrating solar power (CSP) for electricity generation, and the contrasting fortunes for the two.

As could be expected, the recession cast long shadows over the European solar thermal market throughout 2010.For the second year running, new installations for hot water production and space heating (collectors) decreased. In contrast, the European high-temperature solar sector for electricity production (concentrating solar power or solar thermal electric sector) fared better with 406 MWe of new capacity added in 2010.

Looking forward, the authors of the barometer predicted that the solar thermal market was probably over the worst and “in all reason should pick up again in 2011”. This indeed proved true, as shown in the latest figures published by the European Solar Thermal Industry Federation (ESTIF) this week.

This article was the first of two in the top 10 featuring solar thermal power. The fifth most popular piece in June 2011 with 9,105 hits also featured ESTIF’s market statistics for the 27 EU member states and Switzerland in 2010. “After the boom year of 2008, we have recorded a decrease for the second consecutive year,” said Robin Welling, ESTIF President, at the time.

He rightly added: “The solar thermal industry has experienced the full impact of the 2008 financial crisis as the construction sector has been particularly affected by the economic recession that followed. We expected to derive some benefit from the combined implementation of the binding renewable targets and higher energy performance standards – but this process is only beginning!”

Sixth in our June 2011 top 10 was from freelance renewable energy developer, Doug McNicholl. The first contribution to his blog series provided popular as Doug set out to provide a developer's perspective on the challenges faced in the onshore wind energy sector in the UK.

While Doug recognised that ultimately, “money makes the blades go round”, regulatory support, access to the right technology, resources… combined with industry know-how and great teamwork are also essential to getting any clean tech project off the ground.

Bioenergy returned to feature in our seventh most read article in June last year. It took a close look at the IPCC summary report on the potential of renewable energy, and highlighted that bioenergy will remain the leader in primary renewable energy production in 2050. 10% of the 492 EJ of annual primary energy produced in the whole world is generated using biomass, biogas and biofuels, said the report, although it warned that this contribution “is likely to diminish in the coming decades, although this will not stop bioenergy from continuing as the renewable energy leader, with an average of 150 EJ/year in 2050”.

Round the world in hybrid style

Our top 10 this time last year is completed with two pieces on boosting the output of small wind turbines using a completely new system based on special rotors positioned vertically so that they are always facing the wind developed by Kliux Energies – Geólica Innovations SL, and the final instalment of a long-running series following the fortunes of the Mercedes-Benz F-CELL World Drive.

June saw the last of Eco-Trek's weekly video reports as it drove around the world with the Mercedes-Benz F-CELL World Drive – emission free in a hydrogen-powered full electric vehicle. Eco-Trek producer Christian Maier visited green projects all around the world and met some of the most interesting people in the green movement. The videos of his adventures are also available on Renewable Energy Magazine here.

Last up in our top 10 twelve months ago was the first piece by Richard Crume, the most prolific member of our team of bloggers. In this article, Richard questioned whether gas really is the panacea some members of the media make it out to be. Richard returned to the topic of ntural gas last month in his piece “Dash for gas could damage renewables drive” in which he reported that as natural gas becomes more plentiful and prices fall, renewable energy’s momentum could be side tracked.

In subsequent blogs last year, Richard went on to explore a range of issues from the lessons learned from Fukushima, to energy education and whether or not lobbyists are controlling the energy industry, through to the Walmart effect and why green buildings are good for communities.

If you are interested in setting up a blog with us, please do get in touch. We are always on the lookout for new experts interested in sharing their opinions and insights on renewable energy and energy efficiency issues with our readers.