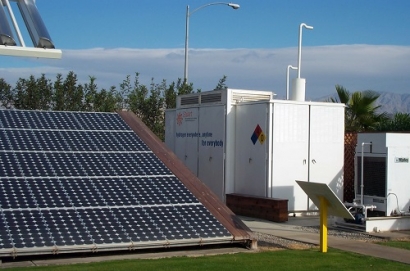 Solar investment fell by 19 percent to $37.4 billion, affected both by weaker activity in some markets and by lower unit prices for PV systems. BNEF estimates that benchmark global dollar capital costs per MW for utility-scale solar PV have fallen 7 percent in the last year.

The biggest solar project reaching financial close in the early months of 2018 was the 800MW Noor Midelt portfolio in Morocco, made up of a mix of PV panels and solar thermal systems with storage. Development banks including KfW of Germany and the European Investment Bank have agreed to fund the complex, which is likely to cost around $2.4 billion.

The largest conventional PV installations financed in 1Q were the 709MW NLC Tangedco portfolio in India, at an estimated $660 million, and the 404MW Acciona and Tuto Puerto Libertad project in Mexico, at $493 million.

The figures also show wind investment  rose 10 percent in the first quarter to $18.9 billion, while biomass and waste-to-energy declined 29 percent to $679 million, geothermal rose 39 percent to $1 billion and small hydro-electric projects of less than 50MW attracted $538 million, down 32 percent. Companies specializing in energy-smart technologies such as smart meters, energy storage and electric vehicles attracted $2 billion, down 8 percent. Biofuels staged a recovery, with investment up 519 percent year-on-year to $748 million, thanks to the financing of two U.S. ethanol plants.

Strength was shown in places like Vietnam, where the financing of wind projects helped its 1Q investment tally to $1.1 billion, a quarterly record, and Mexico, where continuing activity in both solar and wind pushed up its total by 3 percent year-on-year to $1.3 billion. The financial close on a 91MW geothermal project in Indonesia helped that country’s tally to $757 million in 1Q 2018.