Friday, 23 September 2011
0
Dan McCue
Most of the publicity surrounding former US Vice President Dick Cheney’s memoir “In My Life” (Threshold Editions) has centered on the terrorist attacks of 11 September 2001 and the subsequent wars in Iraq and Afghanistan. While this is quite understandable, among the aspects of the book that has been largely overlooked as a result is what he has to say about US energy policy. 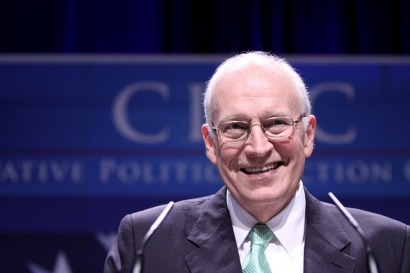 After all, energy – in the form of electricity, oil and later even renewables – forms one of the underlying threads in the book.

Perhaps even more importantly, the philosophy the former vice president espouses when speaking of Bush era energy policy is now once again very much on the front-burner as nine Republicans vie for the right to challenge incumbent Barack Obama in the 2012 presidential election.

For those not up on their Cheney-alia, the Wyoming native got his start in energy as a high school student in the late 1950s, working small jobs that eventually would lead to his membership in Local 322 of the International Brotherhood of Electrical Workers.

After flunking out of Yale, and before going on to a far more successful student career at the University of Wyoming, Cheney helped build electric transmission lines and coal-fired generating plants in his home state as well as Colorado and Utah.

At one point, Cheney says very early in the book, he gave serious thought to taking out apprenticeship papers and working his way up to journeyman lineman. He also recalls abandoning the path he was following after the beer-fuelled lifestyle of the frontier linesman at the time led to his being arrested for drunk driving.

Years later, of course, between his stints as secretary for defense under the first President Bush and his eight years as vice president, Cheney would serve as CEO of Dallas, Texas-based Halliburton, which grew to be the largest energy services company in the world under his watch.

But it was in January 2001, when Cheney play his most decisive role in shaping US energy policy and determining the pace of development of renewables for most of the first decade of the 21st century.

In was then, largely in response to an energy crisis that had gripped the state of California, that President George W. Bush asked his vice president to chair a task force on the nation’s energy situation.

California was reeling for a number of reasons. First, despite the fact that its economy had grown 34 percent during the previous decade, not a single new power plant had been built. Then, in Cheney’s words, “[h]eavy environmental regulations, in particular, discouraged new construction.”

Finally, the state had imposed price caps on energy, the result being that utilities facing a significant increase in the price of electricity were unable to pass this cost onto their customers.

In response, the federal government ordered out-of-state utilities to sell their surpluses to California. At the same time, Cheney writes, “we also knew we needed to address the larger problem of our nation’s overall energy plan.”

Three months after the formation of the task force, known formally as the National Energy Policy Development Group, it released its recommendations in a report entitled “Reliable, Affordable, and Environmentally Sound Energy for America’s Future.”

“The report is one I am very proud of,” Cheney writes. “I commend it to anyone looking to understand America’s energy challenges still today.”

Acknowledging that the report had its critics, Cheney says, “[t]he environmental groups that criticized the report are all too often, in my experience, opposed to any increase in the production of conventional sources of energy. They don’t want to drill anyplace; they don’t want to mine cola anyplace.”

He continues, “[t]hey seem to believe that we can depend on alternative sources of energy, such as solar or wind. It’s my view – and it’s a view reflected in the report – that while we should develop alternative sources, in the final analysis, we can’t effectively address our energy problems in the near term nor can we remain competitive in the global economy unless we produce more energy from conventional, domestic sources.”

The vice president goes on to say that even today, “none of the alternative sources of energy can compete economically with petroleum and coal and other conventional sources,” and he also points to what he calls the “unintended consequence” of renewables development, pointing specifically to the push for ethanol produced from corn that drove up food and animal-feed prices.

Cheney also takes on those who point to conservation as an alternative to further oil and gas exploration, opining that while energy conservation is important, “it is nowhere near sufficient to address our energy challenges.”

To further drive home his point, Cheney quotes a speech he gave in Toronto (Canada) in April 2001, during which he said, “Now, conservation is an important part of the total effort. But to speak exclusively of conservation is to duck the tough issues. Conservation may be a sign of personal virtue, but it is not a sufficient basis all by itself for sound, comprehensive energy policy. We also have to produce more.”

Cheney says when he looks back on that statement now, ten years later, he stands by it 100 percent.

Of course, the task force is probably best remembered for the controversy that followed the release of the report, when the White House refused to turn over a list of the participants of its meetings.

Cheney fought the release of the list, arguing, as he does in the book, that "something larger was at stake: the power of the presidency and the ability of the president and vice president to carry out their constitutional duties."

The Obama administration has taken a decidedly different tact on energy policy.

Shortly after taking office the administration set an aggressive goal of getting 80 percent of electricity from clean energy by 2035, and has highlighted the clean energy industry – in which he includes nuclear, natural gas and ‘clean coal’ – as a way to create jobs and stimulate the US economy.

He has also backed the development of commercial scale solar projects on public lands.

Early on President Obama was seen as being tough on coal-fired emissions plants, but has recently been more lenient, repealing an EPA regulation on smog saying it created too heavy a financial burden for industry.

The administration also placed a moratorium on deep-water oil drilling after the Deepwater Horizon disaster in the Gulf of Mexico, but later reversed course following the imposition of new safety guidelines.

In the past month, both BP and Chevron have announced big deepwater finds in the gulf.

The question is, what would happen should Obama lose his bid for re-election? Would it be a return to the policies espoused by former vice president Cheney?

In the early going – political primaries won’t actually begin in the US until February – the short answer would seem to be in the affirmative, although to be fair, renewable energy policy has largely taken a backseat to the still fragile economy and high unemployment rates as Republican candidates have hit out on the campaign trail.

Among the first to address the issue was Congressman Michelle Bachmann of Minnesota, who in early September said in recent years the US has “pursued a parochial and unbalanced energy policy driven more by politics than in the best interest of the nation.”

Bachmann is calling for a strategy that would include opening the Arctic National Wildlife Refuge (ANWR) and the Outer Continental Shelf for exploration for oil and natural gas, examining nuclear policies to provide regulatory and financing certainty to bring more nuclear reactors online, innovating in the area of renewable fuels, and “opposing any taxes or burdensome regulations that will stifle innovation and impede economic growth”.

She also released a list of legislation she’s sponsored, including:

Mitt Romney hasn’t said a lot about renewable energy to date, his campaign telling Renewable Energy Magazine that he will have “much more to say about energy as the campaign goes on”.

Romney has however been highly critical of the Obama administration’s stance on that renewable energy is a job creating mechanism.

In “Believe in America,” Romney’s treatise on job creation, he describes the president as being “at war” with the nation’s coal industry, and sites a study by Verso Economics as concluding that “The reality is that investment in renewable energy does not create jobs. To the contrary, an increase in green jobs produces a much larger decrease in other jobs.”

In Contrast, Romney says, he will make every effort to safeguard the environment, but will be mindful “at every step of also protecting the jobs of American workers”.

“This will require putting conservative principles into action: significant regulatory reform, support for increased production, and a government that focuses on funding basic research instead of chasing fads and picking winners,” he says.

Romney describes the US as “blessed with a cornucopia of carbon-based energy resources,” and says that “developing them has been a pathway to prosperity for the nation in the past and offers similar promise for the future”.

“A Romney administration will conduct a comprehensive survey of our untapped resources so that policymakers and developers have a full picture from which to work,” he says, adding that he will “permit drilling wherever it can be done safely, taking into account local concerns”.

“This includes the Gulf of Mexico, both the Atlantic and Pacific Outer Continental Shelves, Western lands, the Arctic National Wildlife Refuge, and off the Alaska coast,” he continues.  “And it includes not only conventional reserves, but more recently discovered shale oil deposits as well.

“When the drilling is done off-shore, the adjacent states should be entitled to a reasonable share of the revenue, just as they are now from on-shore production,” he says. “Expanding energy production on this scale would bring lower prices, greater reliability of supply, and jobs, jobs, and jobs.”

Romney is also calling for an overhaul of the federal Clean Air Act, the Clean water Act, and other environmental laws.

In a recent Republican candidates’ debate sponsored by the Conservative American Fox New station, Jon Huntsman defended his support for natural gas subsidies, which he described as a bridge to a more comprehensive renewable energy policy.

“We can pursue renewable energy, but the solar and wind energy don’t work economically right now,” he said.

Natural he said, makes more sense to promote in the short-term, but even then, his proposal would be for temporary subsidies just to get the ball rolling for private industry.

And then there’s Governor Rick Perry of Texas, who was the presumptive frontrunner, but whose campaign has gotten off to a shaky start.

Perry has been a strong supporter of wind energy, and has said to have done much to advance it as governor. However he’s shown little interest in other renewables.

Being a Texan, of course, he’s maintained the state’s traditional low-tax, low-regulation environment for the oil industry, and he was a vocal critic of the Obama administration’s moratorium on new deepwater drilling projects in the Gulf of Mexico.

As governor, Perry has also been a friend to the coal industry, issuing an order for the rapid approval of coal plant permits.

When it comes to natural has, the governor has been a strong supporter of fracking, a method of extracting natural gas that environmentalists oppose. With Perry’s support, the natural gas industry has boomed in Texas, increasing production by 28 percent between 2000 and 2010.

Could Perry be the back to the future candidate, the one to bring the Cheney task force’s recommendations to fruition?

Only time – and the electorate – will tell, of course. But the last time a Texas governor occupied the White House, it was a pretty good time to be in oil business, and not so great a time for renewables.

US Vice President Dick Cheney’s memoir “In My Life”