Tuesday, 27 October 2020
0
Robin Whitlock
CPCS, a global management consulting firm in the infrastructure sector, has helped to bring a combination of technical, financial and public-private partnership knowledge in order to develop an innovative solution for Mozambique, which is aiming to secure universal access to electricity by 2030 through solar power and battery energy storage. 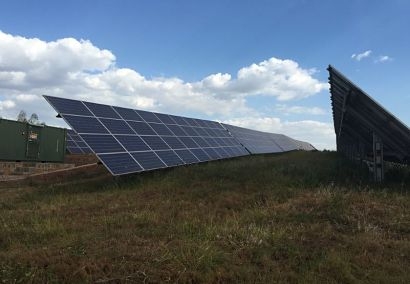 The  Global Energy Transfer Feed in Tariff (GET FiT) Programme alleviates grid constraints by addressing energy demands in Mozambique and providing energy to cities that need it the most. Developed by the German development bank kfW, GET FiT provides tools to help emerging economies develop small-scale renewable energy projects. Provisions such as technical and funding assistance and risk mitigation make projects part of this programme attractive to investors.

Mozambique’s generation potential of 187 gigawatts is greater than Africa’s entire electricity production. It is virtually Southern Africa’s power generator. Yet, despite being a net exporter of power, only 29 per cent of Mozambique’s population has access to electricity. This is because the country and the electricity utility lack the capital to invest in the transmission and distribution infrastructure needed to effectively deliver power to all of the population.

As a rapidly developing country, Mozambique has committed to achieve universal access to electricity by 2030. After successful implementation in Uganda, and with a second ongoing program in Zambia, Mozambique is next to benefit from GET FiT. The programme will deliver universal access to electricity through renewable energy, battery storage and other decentralised solutions.

“GET FiT is a toolbox of support options” said Robert Graham, CPCS’s Global Director, Power Advisory. “Our role was to craft a plan to best adapt these tools to Mozambique’s unique needs and context and achieve stated objectives.”

Doing so requires deep knowledge of the country’s economic, financial and political realities. Equally important is the technical aspect of the programme. While GET FiT promotes renewable energy projects, it does not specify which technologies to use and how to adapt the tools to the local context. The challenge, then, was to determine the support tools as well as the renewable energy technology that best addresses energy needs in Mozambique.

CPCS experts concluded that combining solar power and large-scale batteries was the best way to energise Mozambican cities and villages. This was not a routine assessment, because pairing solar power with battery procurement of such a scale had never been done in Africa. But CPCS felt confident breaking the mould for many reasons.

First, this combined solution is financially sound, as the price of solar has plummeted over the past decade. In Africa, solar can be as cheap as $0.03 per kilowatt-hour. Compared to other renewable energy sources like hydro and wind, solar tends to be the economic choice. The same goes for the price of battery storage. Like what happened to solar in the 2010s, batteries will likely become much more affordable in the 2020s.

Low costs mean that financial donors and investors are likely to be more interested in backing renewable projects in Mozambique.

Second, solar power is quicker to deploy than other sources of renewable energy.

“Having a solar power system running in three months is possible” added Rob Graham. “In contrast, large hydro projects can take decades. Even wind turbines can require up to 18 months of data collection before moving to the development stage.”

Third, paring solar and battery is flexible. Solar power systems can be installed anywhere with good sunlight, and batteries can be placed right next to demand centres. Other renewable energy sources are more limited in terms of placement. In short, the solar and battery combination addresses Mozambique’s main energy objective, which is to improve access to electricity as quickly as possible.

Coupling solar with battery storage not only addresses Mozambique’s energy needs but also meets infrastructure challenges in the power sector. Mozambique has always had difficulties moving electricity from power stations to people’s homes; its power stations tend to be far from cities and villages. As such, Mozambique had to build lengthy transmission lines to connect these stations with population clusters. Overloaded or inadequate long transmission lines mean more power outages. Because Mozambique lacks access to sufficient capital to invest in adequate transmission and distribution infrastructure, abundant power generation has not translated into reliable electricity access for Mozambicans. More traditional power generation projects on their own are not the solution to electricity access goals.

This is where the flexibility of solar power systems and batteries kicks in. They can be placed right next to cities with unreliable power. This way, these cities can bypass their reliance on long overloaded or unreliable transmission lines. Battery storage technology also ensures plenty of energy in the afterhours, alleviating solar power systems’ traditional inability to provide round the clock solutions. Solar power systems themselves do nothing to address peak electricity demand hours in Mozambique, which are between 6 p.m. to 10 p.m.

Provide power to cities that need it the most

Minimize the frequency of outages

In the near future, every population centre in Mozambique, no matter how remote, will have access to electricity at any time of the day.

Before CPCS set foot in Mozambique, no framework detailed how to fit battery storage in the country’s regulatory, legal and financial context. Neither has it been part of the GET FiT toolbox. Predictably, investors and financial donors were leery to fund large battery programs. They also downplayed the economic competitiveness of this solution. Buy-in was scarce. Therefore, the brunt of CPCS’s work in Mozambique was to show stakeholders that the union of battery storage and solar is technically and financially feasible with the right program design.

Mozambique intends to commit to the procurement of renewable energy projects in three rounds:

The first is acquiring solar generation systems and battery storage for areas in the greatest need of energy. CPCS expects an additional energy production and transmission of 60 megawatts.

Traditional small hydro projects will be developed, providing a relief of 40 to 60 megawatts.

Building on the success of the first round, a third potential round was designed to use solar and battery procurements to target even smaller and more remote sites, strengthening and extending the electric grid in Mozambique.