Tuesday, 26 November 2019
0
REM
The European Bank for Reconstruction and Development is supporting the development of a more resilient and robust electricity grid across Egypt with a €182.9 million loan to the Egyptian Electricity Transmission Company (EETC) to strengthen the transmission network in the country. 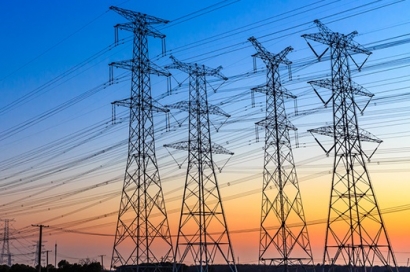 Demand for electricity in Egypt is expected to grow significantly over the next 10 years due to economic growth. The project will address Egypt’s key challenge in reaching its strategic objective in the energy sector by expanding the country’s electricity transmission network.

The EBRD will also assist EETC and the electricity regulator in designing and structuring a regulatory framework for private-to-private projects, developing a new channel for the growth of the private renewable sector, which will further improve the sector’s competitiveness. This is linked to the electricity law that was passed in 2015, which sets out a roadmap for the liberalisation and reform of the power sector, driven by the government’s aim to generate 20 per cent of Egypt’s energy from renewable sources by 2022.

This project is also supported by the EBRD’s Southern and Eastern Mediterranean (SEMED) Multi-Donor Account (Australia, Finland, France, Germany, Italy, the Netherlands, Norway, Spain, Sweden, Taipei China and the United Kingdom) and is expected to be supported by the European Union through a €20 million grant.