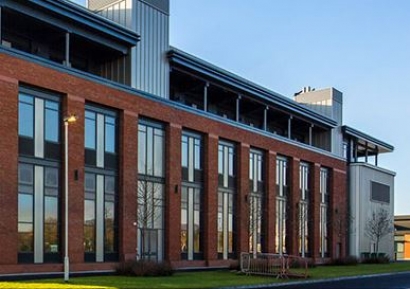 The Innovation Hub has been created to implement the manufacture of industrial demonstration level technology within the Swansea/Port Talbot Region, where industry accounts for the highest percentage of carbon emissions, but is also responsible for the social and economic welfare of a significant portion of the population.

This announcement is in response to the Intergovernmental Panel on Climate Change (IPCC) report on the urgency of climate change (Monday 8 October) and the UK’s goal to be leaders in the international challenge to remove carbon from emissions.

“The rapid development, demonstration and deployment of a broad range of technologies that enable significant and meaningful reduction in carbon emissions is this generation’s Apollo moment” said ESRI Founder and Director Prof Andrew Barron. “If there is one challenge facing humanity that impacts humanity’s social, health, and economic future, this is it.”

‌The IPCC report states that keeping global temperature rise under the 1.5 °C target set by the 2015 Paris Agreement is becoming an increasingly difficult target, and that the world is now heading instead towards 3 °C. The report suggests that urgent, large-scale changes from governments and individuals will be required along with investment over the next two decades to provide momentous changes in energy, land use, cities, and industry. Key to the future is the fact that global emissions of CO2 need to decline by 45 percent from 2010 levels by 2030, with global net zero emissions by 2050. To reach this, renewables are estimated to provide up to 85 percent of global electricity by 2050, while coal usage is expected to reduce to close to zero.

The gap between Research and the Commercial Market, often called the Valley of Death, represents a key technology inhibitor, especially for technologies where the economic value of ‘doing the right thing’ is not easy to determine without a scaled demonstration unit for evaluation by multiple industries. The ESRI Innovation Hub has been created to focus efforts in building high technology readiness level (TRL) demonstrators.

Initial technology demonstrators being constructed within the ESRI Innovation Hub are funded by the £9.2 million Reduced Industrial Carbon Emissions (RICE) initiative, which is supported by £5.9 million from the European Union.