Green tech market to double by 2025, with Germany sharing helm

Monday, 10 September 2012
0
REM
The consultancy firm Roland Berger has published the GreenTech Atlas 3.0 for Germany's Federal Ministry for the Environment, which concludes that the market for green technology continues to grow rapidly and is becoming the driving force for growth in traditional industry sectors. 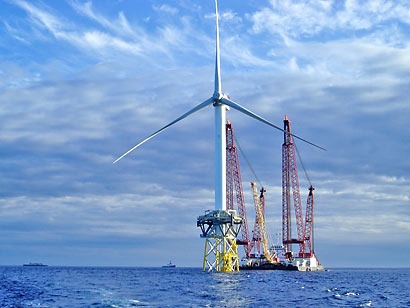 "GreenTech made in Germany 3.0 – Environmental Technology Atlas for Germany" is a detailed analysis of the green tech industry produced by Roland Berger Strategy Consultants in cooperation with Germany's Federal Ministry for the Environment.

According to the report, the worldwide market for green technology has grown by 11.8% a year on average since 2007, and is now worth over Euros 2 trillion. By 2025, it will more than double to Euros 4.4 trillion. German green tech firms currently account for Euros 300 billion of this figure, rising to Euros 674 billion by 2025.

The authors of the report explain that the fact that German firms can defend their market share of 15%, despite the emergence of aggressive new competitors on international markets, proves just how strong they are.

The GreenTech Atlas 3.0 reveals that the driving forces in the green tech industry are five megatrends that will shape society and politics worldwide over the decades to come: demographic change, urbanization, globalization, scarcity of resources and the challenge of climate change. These will ensure a transformation toward a green economy in which the green tech industry and other sectors work together for mutual benefit: the growing use of green tech in traditional industries promotes the development of new and refinement of existing green technology. Greater energy and materials efficiency gives the economy in general strategic benefits in light of international competition.

"The economic and financial crisis has not stopped the worldwide expansion of the green tech industry," says Torsten Henzelmann, author of the study and head of the Civil Economics, Energy & Infrastructure Competence Center at Roland Berger Strategy Consultants. "On the contrary, the worldwide market volume has now overshot the Euros 2 trillion mark, thus exceeding our forecasts from the second edition of the GreenTech Atlas in 2009." Going forward, Henzelmann expects further growth: "Things will be a bit slower than in previous years, but by 2025 we expect the worldwide market to double in value to Euros 4.4 trillion."

The worldwide growth in "green" markets is also good news for German companies. The industry has grown by nearly 12% a year on average since 2007, and with Euros 300 billion now has a global market share of around 15%. In Germany, green tech companies now generate 11% of GDP and employ 1.4 million workers. The industry is characterized by SMEs, with an average workforce of approx. 300 and average annual sales of Euros 27 million. Many SMEs are particularly flexible and innovative and offer differentiated solutions and processes. The somewhat fragmented structure of the industry is therefore not a competitive disadvantage on global markets.

Going forward, German green tech companies will continue to benefit from rising global demand for products and solutions in the field of environmental technology and resource efficiency. Experts at Roland Berger predict that the German market volume will grow to some Euros 674 billion by 2025, thus maintaining German firms' global market share of 15% in 2025. "This clearly shows how strong the German industry players are," says Henzelmann: "They have to fend off aggressive new competitors that want their slice of the green tech cake. These include not only companies from the industrialized world but also competitors from emerging markets. China in particular is pushing its exports hard in the fields of photovoltaics and wind power."

The rapid development of the global market for environmental technology and resource efficiency is largely driven by five megatrends that will shape society, politics and economics worldwide over the decades to come: demographic change with a further rise in the world's population; continued urbanization with more and more megalopolises; closer links and intertwining of the world economy through globalization; rapidly dwindling resources and the associated price increases; and the challenge of climate change, which makes reducing global greenhouse gas emissions essential. "Given the implications of these megatrends, there is no long-term alternative to permanently reshaping the economy in a way that balances economic success, protection of natural resources, social cohesion and the realization of international responsibility," says Ralph Büchele, Principal at Roland Berger and co-author of the GreenTech Atlas 3.0. "Green tech offers specific solutions for pressing ecological and social challenges and for that reason will continue to gain in importance."

In their GreenTech Atlas 3.0, the Roland Berger experts describe the shift toward a green economy. This transformation affects all stakeholders: politicians and policymakers, companies and their customers, and investors, who are using sustainability as an investment criterion more and more frequently. The green economy is emerging as a form marked by innovation-oriented, ecological and participatory growth. This economic form is bolstered by two pillars: the strong green tech sector plus companies in the traditional sectors that pursue sustainability strategies and have integrated them on all management levels.

"The traditional economic sectors are an integral part in the "greening" process," says Büchele. For one, the embedding of environmental technology and resource efficiency in these industries supports the development of green tech. For another, green technologies have proven to drive modernization in the traditional industries themselves.

"More and more companies are finding that using green tech is a way to stand out from among their international competitors. "Better efficiency regarding energy and (raw) materials is increasingly becoming a strategic advantage in international competition – that goes for all sectors of the economy in general," Büchele concludes.

GreenTech made in Germany 3.0 – Environmental Technology Atlas for Germany