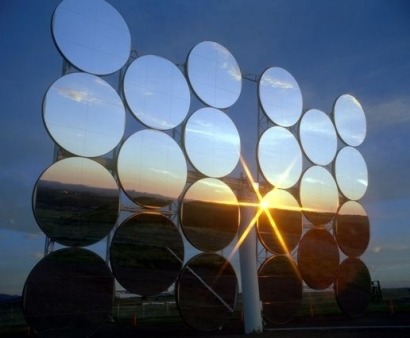 The Indian Government is hoping to cooperate with Germany in order to bring German grid integration expertise and technology into India having already deployed 27GW of renewable energy across the country. A Joint Declaration of Intent between the two countries has been signed for soft credit of up to one billion Euros (71 billion Rupees) during the visit of the Indian Prime Minister, Dr Manmohan Singh, to Germany on April 11th. Sh. Alok Srivastava, Joint Secretary MNRE, said during the visit that Germany possesses advanced technology in Grid Integration of renewable energy and rooftop solar which the Indian government would like to bring into India.

“Our 12th Five Year Plan proposals for the next five years (2012-17) seek a capacity addition of 30 GW, of which 25 GW is expected to come from wind and solar energy”, said Sh. R.P. Watal, Secretary MNRE speaking last week in New Delhi at the launch of a one day Workshop on Grid Integration of Renewable Energy & Rooftop Solar in Urban Areas in collaboration with the German Government.

The Memorandum of Understanding (MoU) signed between the Indian Solar Energy Centre and Germany’s Fraunhofer Institute during the Indian Prime Minister’s visit covers various matters including solar PV, solar thermal, hydrogen and fuel cells. Both countries also commended the dialogue in progress via the Indo-German Energy Forum (IGEF) which is coordinated by the Indian Ministry of Power and the Federal Ministry of Economics and Technology. An IGEF office has also been opened in New Delhi.

Under the auspices of the IGEF an “Exellence Enhancement Centre” has been established for bilateral cooperation on the sharing of best practice in the enhancement of efficiency of thermal power plants and there are plans for the private sector to participate to an even greater degree in the 6th Indo-German Energy Forum which is scheduled for the first quarter of 2014 in New Delhi.