Ingeteam Consolidates its Leadership in Specialized Services in Mexico

Wednesday, 04 August 2021
0
REM
The new labor reform approved by the Mexican government creates a “new, more legal and transparent scenario, which will allow all energy actors that operate in the Mexican market to play the same rules of the game,” explained Ingeteam. Consequently, it highlights the effort and work that the company has been doing in Mexico since its foundation in 1998." 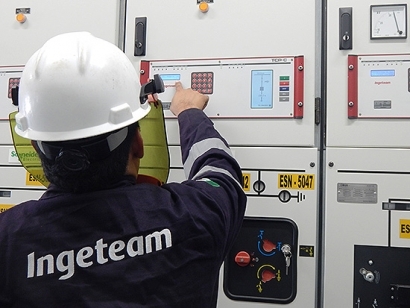 "Transparency and compliance with the law in everything it does is part of Ingeteam's DNA."

In the case of Ingeteam México, this message has gained even more prominence in recent days after the recent approval by the Mexican Government of the new labor reform based on outsourcing regulation, which “prohibits the subcontracting of personnel, but allows the subcontracting of specialized services or the execution of specialized works that are not part of the corporate purpose or the predominant economic activity."

Since the approval of the Decree in the Official Gazette of the Federation on April 23, to date, only 7% of the companies that began their registration to provide specialized services in the country have obtained the official certificate that supports it: the REPSE (Registry of Specialized Service Providers). Ingeteam México is one of the first companies in the country that has achieved said Registration within the established deadline (deadline on August 22, 2021), "which shows its rapid adaptability and commitment to regulatory compliance and security towards its customers, both internal and external."

Thanks to the achievement of this registry, "Ingeteam becomes part of the great changes that will make the country's labor structure more solid."

Ingeteam has been present in the Aztec country since 1998. Currently, it has established itself as the first company in the provision of wind farm operation and maintenance services and the first also in the photovoltaic solar sector, managing almost half of the installed solar power in the country through its investors. It has about 300 employees in Mexico and has offices in Mexico City and in Juchitán, in the State of Oaxaca.

The specialized services offered by Ingeteam in Mexico include preventive maintenance, major corrections in different technologies and sectors, both in the wind and photovoltaic sectors, repair of blades in wind turbines or automation of electrical substations, control systems, monitoring or lengthening of life of renewable assets, among others.