Tuesday, 07 April 2020
0
Robin Whitlock
Lux Research’s new report, “Electrifying Chemicals: The Cost of Producing Chemicals from Electricity,” predicts that emerging power-to-chemicals technologies will disrupt the dominance of oil and gas in the chemical sector  and provide a new route of production, especially for the niche product sector. 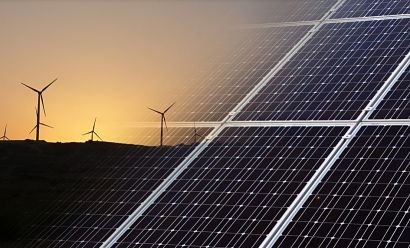 Electrolysis technologies will enable renewable electricity as an alternative to fossil feedstock, providing an opportunity for the chemical sector to decarbonise its supply chain. Power-to-chemical technologies are still in the early stages of development, and many key questions remain unanswered.

In order to assess the impact of power-to-chemicals, Lux evaluated three main economic factors – the cost of electricity, feedstock prices, and the imposition of carbon taxes – that are driving adoption for eight key chemicals. The report shows that innovations in CO2 electrolysis will lead to the displacement of natural gas for pure carbon monoxide and formic acid production by 2050, but unless there is a large drop in electricity prices, incumbent production methods will remain intact for hydrogen, methanol, ammonia, and ethylene, among other chemicals.

“While this may come as a surprise, high carbon taxes only incentivise adoption of carbon capture and storage (CSS) in thermochemical plants instead of encouraging a transition to electrochemical platforms” said Lux Analyst Runeel Daliah. “Even tripling the carbon tax from $50/ton CO2 to $150/ton CO2 is not effective enough to cause a switch to electrolysis technologies.”

In order to incentivise a switch, Lux Research advises putting a penalty on sourcing carbon from fossil resources rather than taxing direct CO2 emissions.

Even higher feedstock costs for incumbent production routes aren’t enough to justify a widespread transition to electrification in the chemical industry, although they do improve the cost-competitiveness of power-to-chemical platforms. Lux predicts that some changes may occur due to concerns around feedstock availability and security, especially in regions with large industrial sectors and no access to cheap oil and gas feedstock, such as Europe, Japan, and South Korea.

All eight chemicals Lux evaluated showed a lower cost of production with power-to-chemical platforms if the cost of electricity were to drop to $0.01/kWh.

“Low electricity prices would lead to widespread adoption of power-to-chemical platforms” added Daliah. “As we continue to see innovation and deployment in renewable electricity generation, we expect to see a knock-on effect and much higher adoption in the chemical sector.”