Monday, 28 May 2012
0
REM
Following a record year in 2011, investment flows in clean energy during Q1 2012 were the weakest since 2009 according to Ernst & Young’s latest quarterly global renewable energy Country Attractiveness Indices report (CAI) released today. According to the consultancy firm, consolidation has driven M&A activity up 41% in Q1 2012, however new asset finance is down 30% on the previous quarter. “Grid parity is key to longer-term success as clean energy faces challenging 2012,” it warns. 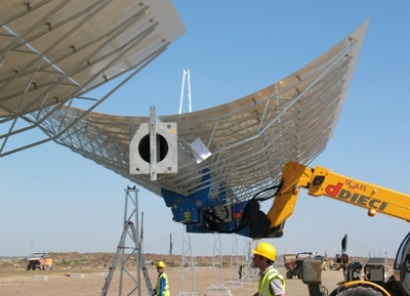 Ernst & Young concludes that the short to medium term global sector outlook is generally “downbeat” as the on-going problems with sovereign debt issues and increased competition from Asian manufacturers continues to focus the minds of European policy makers and the growth in shale gas and political resistance to tax credit extensions continue to pose significant challenges to the US market. “However, as more mature technologies move ever closer to grid parity with traditional energy sources, there is good reason for longer term optimism for the global renewable energy sector,” it says.

The Country Attractiveness Indices report published today provides scores in 40 countries for national renewable energy markets, renewable energy infrastructures and their suitability for individual technologies. While the rankings at the top of the index remain unchanged, all five of the top ranking countries have dropped points during Q1 2012.

“The growth of China’s wind sector continues to be stifled by insufficient access to the grid, while a boom-bust scenario appears to have returned to the US as a result of uncertainty over the expiry of key stimulus programs. In Germany and Italy, tariff cuts and grid challenges have reduced short-term attractiveness, while the end of a key tax break incentive in India is likely to dampen wind sector growth through 2012,” Gil Forer, Ernst & Young’s Global Cleantech Leader, explains. “The news is more positive in other parts of the index, with several countries including Mexico and Chile announcing new national targets for clean energy generation or reaffirming government support through incentive schemes.”

In contrast to all other countries in the top10, Japan bucked the trend in the established markets by increasing its CAI score, following an announcement of favourable feed-in tariff (FIT) levels to encourage additional investment from July 2012.

Globally, an estimated $21.7 billion worth of renewable energy transactions were completed in Q1 2012, representing a 41% increase on Q4 2011. In particular, biomass and energy from waste sectors transaction volumes were up 40% on Q1 2011.

For global IPO markets, it was the poorest quarter on record for renewable energy since Q2 2009 with approximately $14.3 billion raised from 157 issues, which is down by approximately 69% compared with Q1 2011. New asset finance also fell sharply, undermined by wavering political support and a continuing lack of liquidity in the project financing market, resulting in only $24.2 billion raised in Q1 2012. This represents a 30% decline on the previous quarter and a 7% decline for the same period in 2011.

Looking forward Ben Warren, Ernst & Young’s Energy and Environmental Finance Leader, comments: “The next 12 months are likely to be characterized by further consolidation in the solar and wind supply chain, with a large number of outbound deals expected from Asia. Access to capital will remain the single biggest differentiator for companies in both the technology and infrastructure markets for the foreseeable future.”

To look at the impact on businesses, Ernst & Young commissioned a global survey of 100 $1 billion-plus companies operating within energy intensive sectors to identify the key strategic issues they faced at the C-suite level. With 38% of respondents expecting energy costs to rise by 15% or more in the next five years, energy efficiency, increased usage of renewable energy and growing energy self-generation are the themes driving corporate energy mix strategy discussions.

While reducing energy costs through energy efficiency measures is often the foremost objective of an energy strategy, a number of other subsidiary goals are also driving strategy, such as energy security, carbon reduction, and price stability; with regulatory compliance and reputational aspects also playing a part.

As the largest global corporations tackle the challenge of transforming to a low-carbon and resource-efficient economy, a variety of technologies are being deployed to achieve energy efficiency objectives including energy demand management (47%), building energy management systems (20%), energy-efficiency lighting (18%) and building automation (18%).

Forty-one percent of respondents also reported generating some form of renewable energy with company-owned or controlled resources such as solar, wind, or bioenergy. However this practice is not yet widespread with only 11% of respondents reporting that clean energy accounts for more than 5% of their companies’ total energy production.

On the renewables contribution to energy generation, Forer comments: “In contrast to company-owned generation, 68% of respondents purchase some amount of electricity generated from renewable sources but only 39% of all respondents would be willing to pay a premium for renewables, highlighting the importance of achieving grid parity and developing innovative project financing models.”

“The main barriers to self-generation and renewables adoption are mainly related to risk and financial return, suggesting that adoption could come even faster with financing innovations and increasing cost-competitiveness of renewables. Only those businesses with a comprehensive and diverse energy strategy will be able to create and maintain competitive advantage in the resource-constrained world of today,” conclude Warren.