Thursday, 20 January 2022
0
Robin Whitlock
The Mayor of London’s office has released its Pathways to Net Zero Carbon by 2030 report, written by experts from Element Energy. 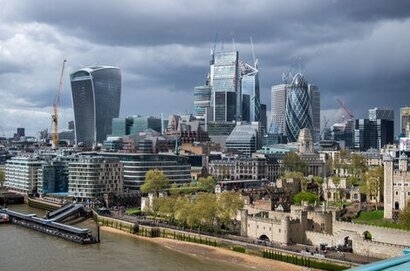 The Mayor of London, Sadiq Khan, has set a target for London to be net zero carbon by 2030. To support this ambition, he has commissioned experts Element Energy to analyse the possible pathways to achieving net zero.

The Mayor has also stressed that fairness must be at the heart of the net zero pathway, but that the cost of no action will impact lower income Londoners the most, with overheating, toxic air and flooding all posing a risk. This means supporting those on low incomes from the costs and ensure they benefit from warm, energy efficient homes, cleaner air and the new green jobs that will come from taking faster action.

Element Energy has analysed four possible pathways to net zero, looking at the different ways London can reduce emissions. The report shows that under all pathways it is possible to accelerate action and radically reduce carbon emissions with the right ambition, leadership, powers and funding. As well as helping avoid catastrophic climate change, there are many other benefits in achieving net zero, including supporting tens of thousands of jobs; improving health through better air quality and more active lifestyles; reducing inequalities and improving quality of life for all.

The Mayor has selected a preferred pathway to net zero - the Accelerated Green pathway. Amongst other things, achieving this will require:

The Mayor has issued a response to the Element Report explaining the key issues, benefits and challenges of the four possible pathways and why the Accelerated Green pathway is the preferred option for London. This pathway balances ambition with deliverability and replaces the previous trajectory in the 1.5°C Plan.

The scenarios to reach a zero carbon have been modelled at the Greater London and London borough level. The Zero Carbon Pathways Tool shows the energy, transport and other emissions under each scenario.

The Mayor of London’s office has also commissioned a study on London’s wider greenhouse gas impacts. Whilst outside of the scope of the Mayor’s net zero target, the Mayor is attempting to influence a reduction in consumption based emissions. For example, the London Plan includes a pioneering policy that targets the whole life-cycle emissions of new development and the Mayor has committed to working with the food sector to reduce consumption-based emissions and food loss and waste from the supply chain.

“Addison Lee supports the Mayor’s ambition to make London a net zero city by 2030” said Addison Lee CEO Liam Griffin, commenting on the report. “The current approach focusses on removing vehicles from London’s roads by increasing taxes on road use; however, to truly remove pollution from the capital’s air the main focus should be supporting drivers to switch to full electric vehicles as soon as possible. We are doing our bit by electrifying our entire fleet by 2023 - which will remove an estimated 20,000 tonnes of CO2 from London’s roads each year. We call on the Mayor to be clearer on whether his aim is to remove pollution or congestion. We urgently need an EV charging infrastructure revolution to ensure that fleets and private vehicle owners can shift to fully electric vehicles as soon as possible. We are encouraging the Mayor to start talking to fleet operators and professional drivers to fully understand the importance of a more comprehensive rollout of EV infrastructure.”

Pathways to Net Zero Carbon by 2030