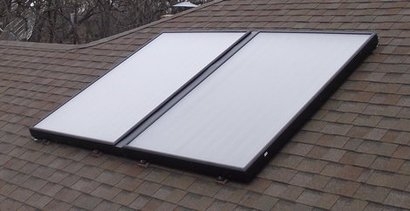 The tracking survey was first launched by the Department of Energy and Climate Change (DECC) in March 2012. With the merger of DECC with BEIS in July 2016, the survey became BEIS’s Energy and Climate Change Public Attitudes Tracker (PAT). The survey consists of one annual survey every March and three shorter surveys, usually in June, September and December, which repeat a subset of questions where the government believes attitudes might shift with greater regularity or be influenced by seasonal factors. It is regularly reviewed to ensure that the dataset continues to offer valuable insight.

This report presents summary headline findings from December 2017 (Wave 24) and primarily makes comparisons with data from Wave 20 which was conducted at the same point last year (December 2016). The twenty-fourth wave of data was collected between 13th-17th December 2017 using face-to-face in-home interviews with a representative sample of 2,078 households in the UK. Data was collected using the Kantar TNS Omnibus, which uses a random location quota sampling method. The questionnaire was designed by BEIS and Kantar Public (formerly TNS BMRB) drawing on a number of questions from previous surveys. Questions were refined through cognitive testing.

With regard to renewables, 79 percent of respondents expressed support for the use of renewable energy, a slight decrease from 82 percent at wave 23, but an increase from 74 percent at this stage last year (wave 20). Opposition to renewables remained very low, at 4 percent, with only 1 percent strongly opposed.

In spite of this, only 3 percent had a renewable heating system installed in their home. Moreover, only a small proportion of those without these systems were likely to install them in their home. Seven per cent were likely to install solar thermal panels, 2 percent a biomass boiler, 2 percent an air source heat pump and 1 percent a ground source heat pump.

Of those who were unlikely to install renewable heating systems, the most common reasons given were it would cost too much to install (26 percent) and not being able to install this as they did not own the property (25 percent).