Wednesday, 12 June 2019
0
Robin Whitlock
Theresa May, as one of her final acts as outgoing British Prime Minister, has announced the implementation of a Net Zero target by which the UK will eradicate its net contribution to climate change by 2050. 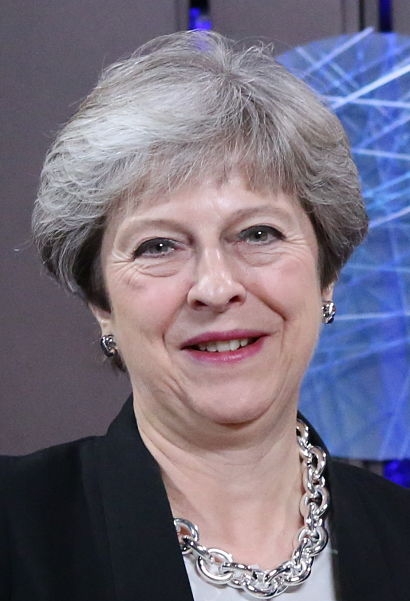 The statutory instrument to implement this will be laid in Parliament today, Wednesday 12 June, in an amendment to the Climate Change Act 2008. The PM will also meet young science and engineering students today to discuss the ambitious new target, which is based on advice from independent experts the Committee on Climate Change (CCC), commissioned by the government in October.

In its report, the Committee on Climate Change forecast significant benefits to public health and savings to the NHS from better air quality and less noise pollution, as well as improved biodiversity.

The legislation implemented today will mean that the UK is on track to become the first G7 country to legislate for net zero emissions, with other major economies expected to follow suit. However, it is imperative that other major economies follow suit and so for that reason, the UK will conduct a further assessment within 5 years to confirm that other countries are taking similarly ambitious action, multiplying the effect of the UK’s lead and ensuring that British industries do not face unfair competition.

For the first time, young people will have the chance to shape future UK climate policy through the Youth Steering Group, set up by DCMS and led by the British Youth Council, which will advise Government on priorities for environmental action and give a view on progress to date against existing commitments on climate, waste and recycling, and biodiversity loss. They will start their review in July.

“As the first country to legislate for long-term climate targets, we can be truly proud of our record in tackling climate change” said Prime Minister May. “We have made huge progress in growing our economy and the jobs market while slashing emissions. Now is the time to go further and faster to safeguard the environment for our children. This country led the world in innovation during the Industrial Revolution, and now we must lead the world to a cleaner, greener form of growth. Standing by is not an option. Reaching net zero by 2050 is an ambitious target, but it is crucial that we achieve it to ensure we protect our planet for future generations”.

Secretary of State for Business, Energy and Industrial Strategy Greg Clark added that Britain wants to continue its global leadership, and that according to the CCC the foundations to achieve a net zero emissions economy are necessary and feasible.

Through the modern Industrial Strategy Britain is investing in clean growth to ensure that the country reaps the rewards of low carbon technologies, creating two million high quality jobs by 2030.

The UK is already a centre for clean growth and innovation. According to the Office of National Statistics (ONS) report ‘Low Carbon and Renewable Energy Survey’, businesses active in the low carbon and renewable energy economy generated £44.5 billion in turnover in 2017, employing an estimated 209,500 full-time equivalent employees. The government also intends to end the sale of new diesel and petrol cars and vans through through its Road to Zero Strategy, and protect biodiversity and promote sustainability through its 25 Year Environment Plan.

The announcement has been welcomed by businesses and academics and others across British society. Climate leadership can drive UK competitiveness and secure long-term prosperity but the legislation must be followed by a commitment to long-term policies that support decarbonisation across the economy. Some sectors will need clear pathways to enable investment in low-carbon technologies, and it is vital that there is cross-government coordination on the policies and regulation needed to deliver a clean future.

The UK will retain the ability to use international carbon credits within an appropriate monitoring, reporting and verification framework, allowing the UK to maximise the value of each pound spent on climate change mitigation. The country will also continue to work with its international partners to tackle climate change, including through the British bid to host COP26 in 2020.

“Committing to net-zero by 2050 is a very ambitious and complex challenge but one that engineers have to be at the heart of” said James Robottom, Energy and Climate Change Lead, at the Institution of Engineering and Technology (IET). “The technology and approaches that will deliver net zero are now understood, which is crucial, but will need strong policy leadership to ensure they are implemented. Engineers will play a vital advisory role to ensure the deployment of large-scale projects, programmes and large investment in infrastructure is achieved in an effective and timely manner. There is also a vast opportunity for advancements in digital technology to drive efficiency and deliver savings”.

Mr Robottom added that progress has been made in transport and electricity but this needs to continue at a great pace and significant challenges remain in decarbonising heat and industry. 80 percent of the homes we will be living in, in 2050, have already been built, meaning foremost a national retrofit programme has to be seriously considered and implemented to bring these into net-zero targets.

“Tackling climate change is the ultimate goal and one engineers and technologists now and in the future can be inspired and motivated to achieve” Mr Robottom said. “This target presents an opportunity to develop a world-leading green economy, upskill the current workforce and prepare the next generation to step up to this challenge. We now have the chance to put the UK, and its engineers, as leaders and deliver real solutions to these complex problems. The Institution of Engineering and Technology is fully committed to these goals and will do everything it can to assist government, industry and the profession to understand these challenges and work together to progress and implement the solutions to make the UK carbon free by 2050.”

Institution of Engineering and Technology (IET)