Pumped storage: The panacea of renewables making a comeback

Monday, 11 April 2011
0
Pumped storage is seen as a possible solution to the problems of intermitency associated with renewable energies, especially wind power. According to the consultancy firm ecoprog this is the main reason why it expects more than 60 new pumped-storage power plants with an installed capacity of about 27 gigawatts to be built until 2020 – especially in Spain, Switzerland and Austria. 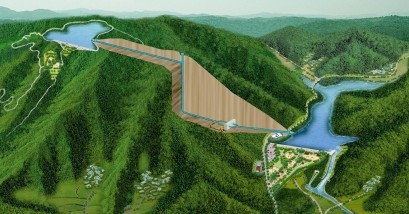 The Cologne-based consultancy ecoprog has published a multi-client study entitled “The Market for Pumped-Storage Power Plants in Europe”, which analyses the market for plants and operators of pumped-storage power plants in Europe.

The company concludes that "after a long hard haul, during the next ten years the market for pumped-storage power plants will be growing like never before". Currently, approximately 170 big pumped-storage power plants are operating in Europe, but ecoprog reveals that within the next ten years, their number will increase to more than 230, with a total installed capacity amounting to an estimated 72 gigawatts (compared to today’s 45 gigawatts). As a consequence, the newly built plants will equal about half the number of today’s stock, and an investment volume of almost €26 billion will be spent on their development.

"The most important reason for the emergence of this boom is the growing percentage of renewable energies in electricity generation," says ecoprog. According to EU-Directives, the share of renewable energies in the gross production of electricity should rise to 20 percent until 2020. The lion's share of these renewable energies is to be covered by wind power and photovoltaics – the electricity generation of which inevitably depends on wind and sun. As opposed to conventional power plants, electricity production in this case cannot be adapted to current consumption. Subsequent unpredictable load fluctuations caused by energy stemming from wind power and photovoltaics will have to be compensated by storage. "In the future, pumped-storage power plants will thus be needed more than before to regulate the grid load during times of calm or surplus productions," concludes the study's authors.

The construction of pumped-storage power plants will focus on countries in which the natural conditions are most favourable to such projects. Hence, first and foremost, facilities will be built in mountainous countries featuring a sufficient natural water supply, like Austria, Switzerland, Spain or Norway. In these countries, the new plants will not be constructed to serve national storage needs exclusively, given that in fact some of them are supposed to provide mainly neighbouring countries. For Instance, Germany is looking for new storage capacities in Switzerland, Austria as well as Norway, which means that it will also share in the investment costs incurred.

Precondition for this construction boom is the development of the power grids. In most cases, the currently existing grid structure is inadequate for absorbing respectively transporting to its storage location the given amount of electricity. For this reason, connections inside and between the European countries will have to be expanded. Additionally, new techniques will have to be employed, enabling non-dissipative long-distance transport of huge quantities of electricity – so called high-voltage direct current (HVDC) electric power transmission systems are already sporadically being used for this purpose.