Monday, 13 November 2017
0
Robin Whitlock
Queensland's pledge for new renewable energy and energy storage funding will further build on its record of encouraging clean energy jobs and investment in the state, according to the Clean Energy Council (CEC). 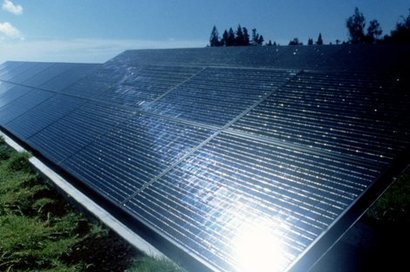 Clean Energy Council Chief Executive Kane Thornton said the renewable energy and storage industry had invested strongly in Queensland over the last few years, and a large part of that is due to the supportive environment which has been created for business.

“Queensland has led the nation in rooftop solar panels for years, and the many big wind and solar projects which are underway across the state are employing thousands of locals and generating economic opportunities in regional parts of the state” said Thornton. “Along with the state’s strong renewable energy target of 50 per cent by 2030, the new pledge of $50 million for a solar thermal power plant and almost $100 million for solar panels in schools will help to accelerate a 21st century energy system for the sunshine state. Funding to help remote communities decarbonise is also very welcome, along with investigating the feasibility of a battery mega-factory in North Queensland. Renewable energy is now the cheapest and cleanest option for new energy generation and, when combined with energy storage, it can do everything fossil fuels can – except much more flexibly and without the pollution".

Thornton welcomed the Liberal National Party’s renewable energy election commitments to date, but said, in his opinion, the idea of building a new coal plant in North Queensland simply doesn’t make sense. He added that renewable energy with storage is now cheaper than new coal, and any new coal plant will take at least seven years to be built if everything goes smoothly. However, there are some good ideas in the LNP’s energy policy to streamline approvals for renewable energy projects and introduce more efficient regulation.

“We have to get smarter to deal with power bills, and that means more renewable energy, more flexible energy storage, better demand response and other enabling technology that can help us use our energy more efficiently when it is most needed” he said.