Tuesday, 08 February 2011
0
In the run-up to the first-ever EU summit on energy last week, twenty European companies and associations called on EU Heads of State to show the courage and vision to create a single market for electricity by 2015, which they argue would boost competition, reduce electricity prices, improve security of supply, "reaping the full advantages of fuel-free, pollution-free renewable energy sources". 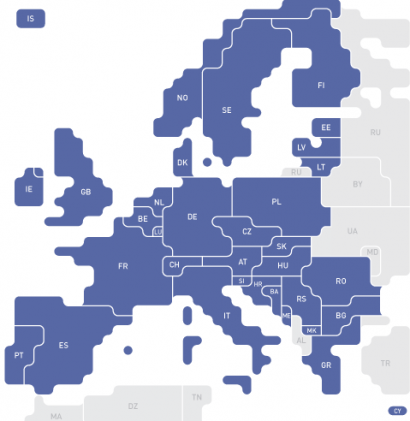 Just a few days before the 25th anniversary of the signing of the Single European Act on 17 February 1986, some of Europe's leading renewable energy companies and associations joined forces to issue a statement reminding leaders attending the summit that 25 years ago European Heads of State showed courage and vision by creating a single European market. Today's leaders must show similar determination in achieving a single market in electricity, they said.

More entities are expected to back the Declaration on the Single European Energy Market, which reads as follows:

"A Europe without its single market is unthinkable. It has boosted trade, competition and prosperity in Europe, created millions of new jobs, provided wider consumer choice, and a hugely expanded market for business.

But 25 years after the signing of the Single European Act there is still no single market in electricity.

European legislation has guaranteed some choice of electricity provider, but only 5% of Europe's electricity is traded across borders. As a consequence, competition is inefficient and allows electricity suppliers to pass any increase in the price of the coal, gas - or in the future carbon - straight onto the consumer without risk of significant loss of business. This is not acceptable.

A properly functioning European market in electricity would have many benefits:

- increased competition leading, in the long-term, to reduced electricity prices

- improved security of supply (and reduced risk of blackouts)

- reaping the full advantages of fuel-free, pollution-free renewable energy sources produced in ever greater quantities in many parts of Europe

- opportunities for increased trade in electricity regardless of the source

In order to achieve a single market in electricity, Europe needs both the infrastructure to transport electricity from one part of Europe to another, and a common set of market rules. An interconnected system of roads, railways, shipping and air routes throughout Europe is a precondition for maintaining Europe's four freedoms, created by the Single European Act 25 years ago: the free movement of goods, services, capital and labour. Europe needs a fifth freedom - the free movement of electricity across borders - and effective competition and an interconnected electricity grid are key to establishing it.