Renewables to Replace Fossil Fuels by 2050 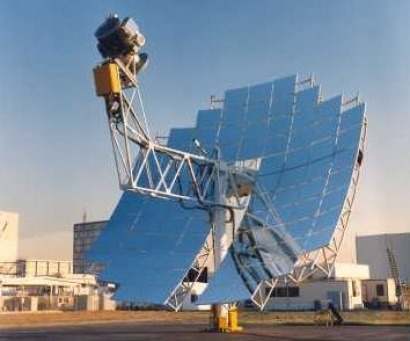 The Energy [R]evolution scenario or something very much like it is required if we are to have a reasonable chance of meeting the agreed target of keeping global mean temperature rise below 2°C.

With less than three months to go until the Paris climate summit, global leaders have the opportunity to take the first critical steps to fight climate change by accelerating the steady transformation of the world's energy sector away from fossil fuels and towards 100% renewable energy by mid-century.

"We now have competitive technologies which can solve the major part of the climate problem - carbon dioxide emissions from the energy sector," said Steve Sawyer, secretary general of the Global Wind Energy Council. "What is needed now is the political will to enact the appropriate policies and fiscal and regulatory measures to implement them fully."

According to Dr. Sven Teske of Greenpeace, the lead author of the report, "Wind and solar technologies are mainstream now, and are cost-competitive with coal today. It is very likely that they will overtake the coal industry in terms of jobs and energy supplied within the next decade."

The Energy [R]evolution 2015 shows how this transformation is possible and how much it would cost, as well as its impact on employment in the energy sector. The report updates previous Energy [R]evolution scenarios, and for the first time offers an Advanced scenario with a 100 percent renewable energy supply, as well as providing an extrapolation of the IEA's World Energy Outlook Current Policies scenario for comparison purposes.

The report's detailed analysis shows that a transition to 100% renewables by 2050 would create millions of new jobs and save money. In fact, the necessary investment needed is more than covered by savings in future fuel costs.

In both the Energy [R]evolution and Advanced scenarios wind power is the largest source of electricity globally by 2050, supplying about 30% and 32% respectively. The wind industry alone could employ 8 million people by 2030, nearly 10 times more than today, which is almost twice as many people as currently employed by the oil  and gas industry.

Within 15 years, renewables' share of electricity generation would triple from 21% today to 64% - covering nearly two-thirds of global electricity demand. In countries with rapid renewables deployment such as Brazil, China and India, CO2 emissions could go down by a third.

Of most importance, however, is the reduction in global CO2 emissions. Getting to zero emissions in the energy sector will not solve the whole climate problem, but is by far the largest challenge; and should be the primary focus of governments' work in Paris at the end of this year.

Greenpeace has established an enviable reputation for its predictions on the potential and market growth of renewable energy.  The US-based Meister Consultants Group concluded earlier this year that historically, Greenpeace forecasts developed in collaboration with the renewable energy industry were more accurate than those of other established groups, including the International Energy Agency, Goldman Sachs and the US Department of Energy.

Steve Sawyer concluded, "The new Energy [R]evolution 2015 clearly shows that the renewable energy revolution is underway, and it's unstoppable. The question the politicians in Paris need to answer is: Will they help make it happen in time to save the climate?"