Skills: the route to a renewable energy future for Australia

Tuesday, 21 February 2012
1
REM
Renewable energy production is excelling in Europe and making its name as a simple and cost effective alternative to fossil fuel power generation; meanwhile it is still developing within Australia and in need of increased focus and investment; that may be set to come in 2013-2014. 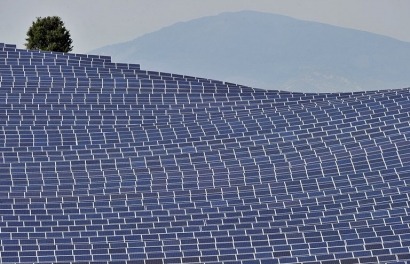 Despite the recession affecting the global economy, the world invested a record $251 billion in clean energy during 2011, with the US streaking ahead in green spending ($54 billion) and boosting confidence among climate action advocates. This was further endorsed last month at COP17 where the major green-house emitting countries recognised the need for further investment in renewable technologies.

According to Kobad Bhavnagri, Lead Clean Energy Analyst, Bloomberg New Energy Finance - Australia, Australia's investment is on track to rise to $6.8 billion next year and will aim to rise to $45 billion by 2020.

Despite some of the best renewable energy resources on the planet, Australia has been slower than other countries at tapping into their potential. Nevertheless, Australia did see an increase of 11% on the previous year; with the biggest contribution coming from Solar Power. Still, Australia is only deriving 8.7% of electricity from renewable energy, versus a worldwide average of nearly 20%.

International Sustainability Recruitment Consultancy, Allen & York, explores why this is and outlines the challenges and steps that Australia has to meet in order to fulfill its renewable energy targets of 20% by 2020.

Many Australian ideas are now being commercialised overseas, such as David Mills’ solar thermal technology, which is being developed in the U.S. and is owned by Areva, the French nuclear power giant. The incongruity of having the ideas and resources, but not using them is a hurdle in Australia’s renewable energy development. According to Andy Cutt, Renewable Energy PhD student at Murdoch University, this is due to “political willpower to make it work on a large scale and drive down the costs so that it can be economically competitive”.

Australia must build its own infrastructure to reduce its greenhouse gas footprint, cut dependence on fossil fuels and enable the transition to a low-carbon economy.  What is currently lacking that prevents Australia from harnessing its own renewable energy inventions are economies of scale. Therefore, a larger government stimulus would allow many renewable energy technologies to compete head-to-head against coal-fired electricity generation within the next five years and in turn, provide significant employment and export opportunities.

As renewable energy production is unpredictable, it is essential that storage issues are also addressed. Australia's Queensland University of Technology is working on creating local hubs able to store and distribute renewable energy more effectively. "Our aim is to develop new storage and management systems to better harness all of the electricity sources available and give the electricity grid greater strength. This will benefit all electricity users, not only those in remote locations.”  Professor Gerard Ledwich, Chairman Power Engineering at QUT.

Allen & York are witnessing a growing trend in job opportunities within Transmission & Distribution and GridConnection worldwide, with a large majority of these roles being within Europe.   Christopher Ouizeman, Regional  Manager ,Allen &York Australia anticipates more demand in this area within Australia as the grid connection networks are expanded and the capacity for energy capture and storage is improved.

Increased public education on renewable energy development combined with outlining clear guidelines for allowable noise levels and visual amenity could encourage the establishment of wind farms and other sources of renewable energy, such as solar thermal and biomass generation.

It is expected that wind energy will provide the largest share of Australia’s targeted 20% renewable energy by 2020. To achieve this, major objections to wind farms need to be addressed; these include aesthetic considerations and a concern for the effect of wind farms on birdlife.  This could be achieved by examining best practice in European countries, where thorough Environmental and Social Impact Assessment (ESIA) address these issues prior to wind farm development.  Allen & York are seeing a rise in Planning and EIA/SIA roles within the industry with openings for Social Impact Assessment professionals on the increase.

Investment for the future

The Australian government has committed to reducing Australia's emissions to 108% of its 1990 levels and substantial reductions to Australian emissions need to be made, so the $10 billion (AUD) investment couldn’t come at a better time for Australia. The investment is to be carried out over a five year period and be managed by the Government formed ‘Clean Energy Investment Corporation’.

To achieve the transition to a low carbon sustainable economy a massive mobilisation of skills and training – both to equip new workers and to enable appropriate changes in practices by the three million workers already employed in these key sectors and influencing our environmental footprint, is required.  Allen & York anticipates demand for roles such as: Renewable Energy Developer, Head of Land Acquisition, Renewable Energy Project Engineer, as well as Construction Site Managers.  The development of renewable energy will also affect Health, Safety and Environmental (HSE) careers; where professionals such as Health & Safety Advisor and Environmental Impact Assessor will be required to work within the renewable energy industry.

[Editor’s note: This article was kindly provided by Christopher Ouizeman and his Australian-based team at Allen & York Australia]