Surprise announcement as Government does away with FiTs "temporarily" 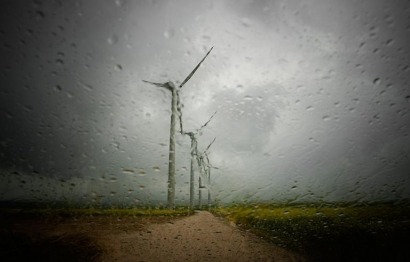 The Spanish government made a surprise announcement on Friday revealing that feed-in tariffs (FiTs) for new special regime installations will be suspended "temporarily". The administration said that the measure was intended to "temporary halt a compensation system that involves costs that are too high for the electricity system, causing a continuous rise in the tariff deficit".

Optimistically, the Moncloa said that the Royal Decree approved on Friday "will not jeopardise supply security or meeting renewable targets in the European Union". The Government has also said that "it does not affect facilities in operation or those already included in the pre-allocation registers".

The argument put forward by the Administration to justify the suspension is "the complex economic and financial situation [in which Spain finds itself] and the state of the electricity system," which, says the Moncloa, calls for the incentives for constructing these facilities to be suspended “temporarily” while "a reform of the electricity system that avoids the generation of the tariff deficit, i.e. the difference between revenues from power distribution and transmission access tolls and the costs of regulated activities in the system" is implemented.

According to the Moncloa, the Government has enough "room for manoeuvre" to ensure this temporary suspension does not affect the 2020 renewable energy target set for Spain. This, the Government said in a press statement, "coupled with the fact that currently installed generation capacity is sufficient to cover expected demand, ensures this measure will not affect supply security or Spain’s commitments with the European Union regarding renewable energy generation in 2020". The Government, which ended its statement saying that "it remains firmly committed to renewable energy as an indispensable part of our country's energy mix," notes however that "maintaining the current remuneration system is not compatible with the current economic crisis and declining demand".

In parallel, the Ministry of Industry, Energy and Tourism submitted two letters to Spain’s National Energy Commission requesting that it issue recommendations on all relevant aspects to address the problem of the tariff deficit in both the electricity and gas sectors.

Commenting on the Government’s decision to suspend support for clean energy, the newly born Spanish green party resulting from the merger of 35 different Spanish green parties, Equo, said the measure would endanger this industry; threatening the future of this clean, indigenous technology and putting Spain in an inferior position compared to the rest of Europe which is firmly committed to this sector.

After recalling that thousands of jobs had been lost in the renewable energy sector over the last two years due to lack of institutional support, Equo party spokesman, Juan Lopez de Uralde said that "it is a contradiction that a country like Spain, which meets all the requirements to be a leader in this sector, is missing this opportunity and investing in expensive, dirty energies that we have to import".

"It is increasingly clear that this Government has decided to give in to pressure from large utilities and commit to an energy model based on fossil fuels and nuclear power. This is just the opposite of what they are doing in other European countries," criticised Uralde, who pointed out that renewable energies generate the most jobs among all energies and are an important asset in the transition to an alternative economic model.

The Spanish Wind Energy Association (AEE) echoed Uralde’s views, airing its concerns about “a measure that puts Spain’s industry at risk and casts a shadow over the future of this important sector and the more than 30,000 people employed in the sector.”

“The wind sector is aware of the challenging economic situation and is here to help find satisfactory for the country and the sector’s future development. It also wants to highlight that, under no circumstances, is wind energy the cause of the tariff deficit and, therefore, it should not bear the brunt of the solution,” said AEE in a press release. The association has called on the Government to arrange an urgent meeting to discuss the gravity of the situation.