Monday, 31 October 2011
0
Toby Price
This month, the Department of Energy and Climate Change (DECC) in London announced its proposals for the Renewable Obligation review meaning changes to the number of tradable Renewable Obligation Certificates (ROCs) available across the range of renewable technologies and projects. The proposals will affect the renewables sector across the UK, as we found out from players in Scotland and Northern Ireland. 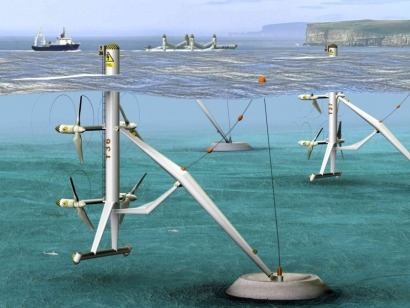 Proposed changes to renewable energy subsidies in Scotland were announced by the Scottish Government on Monday of last week with a consultation paper running in tandem with the proposals announced the previous week by DECC.

New support levels are proposed for some clean energy technologies, and the proposals set out how subsidies will be reduced over time. While offshore wind energy developers and operators will continue to benefit from the proposed changes to the ROC scheme, other sectors such as biomass and onshore wind are facing reforms.

The accountancy firm, Saffery Champness, notes that the changes to be applied between 2013 and 2014 and beyond underline the government commitment to driving investment in the renewable energy industry. Commenting on the announcement, Shirley Mathieson, Renewable Energy Partner at Saffery Champness, said: “The review proposes a significant increase in the number of tradeable ROCs awarded to wave and tidal energy projects in recognition of Scotland as world leader in the development and deployment of marine energy technology”.

Biomass and energy from waste lose out

Nonetheless, other renewable energy sectors face more controversial cuts that are likely to force developers to reconsider future projects. For instance, the subsidy on offer for energy from waste is being halved, and support for large scale biomass energy stations under the proposals is to be removed from April 2015 in favour of cheaper and more transitional technologies.

“Of note to landowners, both from the DECC proposals and also contained in those of the Scottish Government, are the proposed 10 per cent cut in onshore wind and a 50 per cent cut in hydro ROC support,” explains Jamie Younger of Saffery Champness’ Renewables Energy Group. “The onshore wind reduction is better than had been feared and should mean that the vast majority of projects in the pipeline are still viable. However, the implications for feed-in tariff projects are not yet known.”

Thomas McMillan, Renewable Energy Consultant with Smiths Gore (UK-based land agents and rural surveyors), also says that the Scottish Government’s proposals which are principally in line with the proposals from DECC are “broadly sensible”, despite the dramatic headlines about the RO review over rates being slashed, subsidy cuts spark energy warnings, and cuts in green energy growth over recent weeks.

“Both Westminster, and now the Scottish Government, have broadly sensible proposals to adjust the RO support system to ensure that we have an energy sector which will be suitably supported in the long term,” says McMillan. “It was always this Government's, and the previous Government’s long-term plan to reduce RO support over time for established technologies. Support for technologies still in their infancy such as wave and tidal power are set to increase to encourage greater levels of research and deployment.”

Across the Irish Sea meanwhile, Northern Ireland’s Department of Enterprise, Trade and Investment (DETI) has also launched a public consultation on proposed changes to the Northern Ireland Renewables Obligation (NIRO).

Simple Power, a local wind energy company which develops single wind turbines that feed directly into the electricity grid, has broadly welcomed the Northern Ireland Government’s commitment to continue its support for renewable projects, especially given that the region has a very challenging target of 40% for renewable energy.

“We are pleased to see the Northern Ireland Government is staying firm in its commitment to provide financial support for renewable energy. Extension of the Northern Ireland Renewables Obligation from 2033 to 2037 would encourage further investment and growth in the local renewable sector,” commented Simple Power founder and CEO Paul Carson.

“We are also encouraged by Energy Minister Arlene Foster’s reference to setting ROC levels that meet the specific requirements of the Northern Ireland market. Support for local emerging schemes, such as the single wind turbine projects we provide, is very important for the region. In our response to the Consultation we will be urging DETI to maintain the level of financial support in this area until at least 2017.”

While Simple Power recognises that Government will want to review the effectiveness of all current support arrangements, the company will be urging against any plans to review incentives for single wind turbine projects. Financial support for these projects was increased to 4 ROC's in April 2010 and Simple Power believes the incentives should be maintained at the current levels to enable sufficient time for investment to take place and to provide a credible level of generating capacity.

Paul Carson continued: “Single wind turbine projects are relatively quick to develop, in comparison to traditional wind farms. They benefit Northern Ireland’s rural economy by enabling farmers and landowners to participate in the renewable generation. However, as an emergent sector, with individual projects taking the necessary time from inception to commissioning, a secure incentives regime is vital to attract the continued levels of investment needed. It must be allowed to mature if it is to substantially contribute to Northern Ireland’s renewable energy generation target of 40% by 2020.”