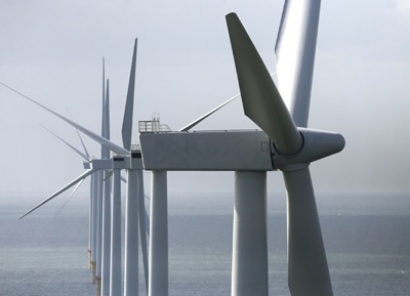 Starting in 2020, the Renewable Electricity Standard (RES) Act of 2019 would require electricity providers across the country to increase their supply of renewable energy from sources like wind and solar each year. The senators’ RES meets the recommendations of the United Nations Intergovernmental Panel on ClimateChange (IPCC) 1.5 C Special Report, which outlines the standards that must be met worldwide to respond to the existential threat of climate change.

According to analysis by the Union of Concerned Scientists, the legislation would “more than double the U.S. supply of renewable energy from 18 percent of electricity generation in 2018 to at least 50 percent by 2035, cut power sector carbon dioxide emissions by 46 percent, and save consumers money on their energy bills.”

“This proposal is eminently achievable and it’s long past time to scale up these technologies in a bigger and more uniform way,” said Ken Kimmell, UCS president. “The legislation would ensure that every state is doing its fair share to address the climate crisis. The good news is that not only would this legislation set the nation on a course for 100 percent clean electricity by 2050, it’s affordable for consumers.”

The legislation is unique in that it levels the playing field for all states and incentivizes states to build more renewable energy in their own state, instead of outsourcing their way to compliance by simply buying renewable energy credits from existing projects, according to the UCS.

“Climate change poses an existential threat to our environment, public health, way of life, and security – requiring an immediate and aggressive federal response to achieve significant cuts in carbon emissions as well as other pollutants that hurt our most vulnerable communities. But the Trump administration and the majority in the Senate have turned their back on Americans and many in New Mexico who are right in the bull’s eye of climate change. As states step up with legislation to increase the use of renewable energy, the entire country needs to follow suit – or it will soon be too late,” said Udall. “America can no longer afford inaction on climate change— that is why I am proud to introduce legislation that meets this challenge and demonstrates that America is still a leader in renewable energy.”

“America needs to lead in creating clean, affordable energy and good jobs,” said Smith. “States like Minnesota and New Mexico are developing innovative ways to expand renewable energy and put us all on a better path when it comes to public health, the health of our environment, and the strength of our economy. The federal government needs to support this work, and this bill is another example of how we are stepping up.”

Although several states, including New Mexico, have passed legislation to require at least 50 percent clean energy generation by 2030, the U.S. will be unable to take significant steps in addressing climate change unless every state increases its clean energy deployment. The RES would set a national standard to ensure that investment in renewables and fighting climate change is a nationwide priority.  By requiring utilities in every state to increase their share of renewables at or above the federal floor and excluding existing renewable generation, no state is at a disadvantage because of where they are starting from.

Increasing the supply of renewable energy is also critical in combating the harmful health effects of air pollution from fossil fuels. Asthma is now the most common non-communicable disease in children in the U.S. In New Mexico, the asthma rate is higher than the national average. The burning, refining, and transportation of fossil fuels produce air toxins that are harmful to human health and have contributed to increased rates of asthma and other serious diseases.

“Climate change is an urgent threat to our planet that can dramatically alter ecosystems, threaten our national security, and cause major damage to local economies. Maine people are seeing its impacts in our waters, forests and lands, and understand that to respond to a crisis of this magnitude, we need a serious emphasis on renewable energy,” said King. “By setting aggressive but realistic targets, we have an opportunity to mitigate the impacts of this phenomenon, and create good, high-paying jobs in the process. This will create new economic opportunities, and fulfill our responsibility to preserve this world for the next generation. In short: it’s the right thing to do.”

To read the full text of the bill click here

Tags: Renewable energy ,Climate change ,Electricity ,Fuel ,Jobs ,Solar ,Wind ,Transport ,Wind energy ,Carbón ,México
Add a comment
Martin
Won\'t work without an equal commitment to electrical energy storage. Probably won\'t work anyway due to \'vested interests\' and, let\'s face it, they won\'t have The Chump as a ardent backer for starters. But it\'s a lovely idea. It warms my cockles to think that at least there are some US politicians that don\'t have their heads stuck in the sand.
¡Suscríbete!
biogas