Thursday, 18 March 2021
0
Robin Whitlock
An ambitious blueprint to deliver the world’s first low-carbon industrial sector and over £1 billion to cut emissions from industry, schools and hospitals has been announced by UK Business and Energy Secretary Kwasi Kwarteng. 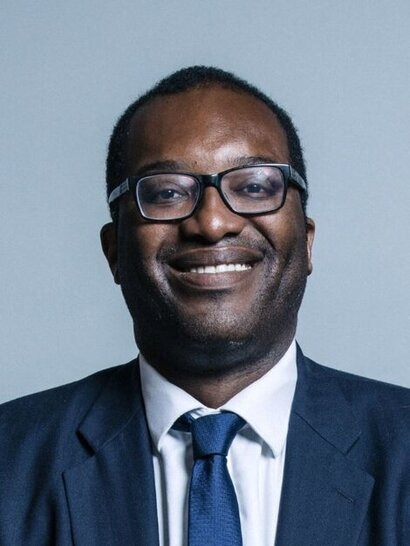 An ambitious blueprint to deliver the world’s first low-carbon industrial sector and over £1 billion to cut emissions from industry, schools and hospitals was announced by UK Business and Energy Secretary Kwasi Kwarteng yesterday (Wednesday 17 March).

The blueprint builds on Prime Minister Boris Johnson’s 10 Point Plan for a Green Industrial Revolution published last year. The new Industrial Decarbonisation Strategy sets out the government’s vision for building a competitive, greener future for the manufacturing and construction sector. Part of the government’s path to net zero by 2050, the measures aim to create and support 80,000 UK jobs over the next 30 years whilst cutting emissions by two-thirds in just 15 years.

The new strategy will be underpinned by supporting existing industry to decarbonise and encouraging the growth of new, low carbon industries in the UK to protect and create skilled jobs and businesses in the UK, as well as giving businesses long-term certainty to invest in home-grown decarbonisation technology, such as that which can capture and store carbon emissions from industrial plants - rather than outsourcing industrial activity to high-emission countries around the world.

The blueprint also includes measures to build on the UK’s leading efforts in moving towards greener energy sources, with an expectation of 20 terawatt hours of the UK industry’s energy supply switching from fossil fuel sources to low carbon alternatives by 2030 – helping industry to increase its use of low carbon energy sources to around 40 percent of industry’s total energy consumption.

To kick start the process, £171 million from the Industrial Decarbonisation Challenge has been allocated to nine green tech projects in Scotland, South Wales and North West, Humber and Teesside in England, to undertake engineering and design studies for the rollout of decarbonisation infrastructure, such as carbon capture, usage and storage (CCUS) and hydrogen.

To reduce carbon emissions from public buildings including hospitals, schools and council buildings, £932 million has been directed to 429 projects across England. The Public Sector Decarbonisation Scheme funds low carbon heating systems, such as heat pumps, and energy efficiency measures like insulation and LED lighting.

The government will also introduce new rules on measuring the energy and carbon performance of the UK’s largest commercial and industrial buildings, including office blocks and factories, in England and Wales. The move could provide potential savings to businesses of around £2 billion per year in energy costs in 2030 and aim to reduce annual carbon emissions by over 2 million tonnes – approximately 10 percent of the current emissions from commercial and industrial buildings, the equivalent to removing emissions from a town the size of Doncaster.

“We were the first major economy to put into law our target to end our contribution to climate change, and we’re taking steps to be the first major economy to have its own low carbon industrial sector” said Business and Energy Secretary Kwasi Kwarteng. “While reaching our climate targets will require extensive change across our economy, we must do so in a way that protects jobs, creates new industries and attracts inward investment - without pushing emissions and business abroad. Ahead of COP26, the UK is showing the world how we can cut emissions, create jobs and unleash private investment and economic growth”.

Mr Kwarteng added that the strategy builds on this winning formula as we transition low carbon and renewable energy sources, while supporting the competitiveness of Britain’s industrial base and that, backed by more than £1 billion investment, the plans will make a considerable dent in the amount of carbon emissions emitting from the UK economy and put the country on the path to eliminate its contribution to climate change by 2050.

The Industrial Decarbonisation Strategy will send a clear signal to the market by setting out how the government expects decarbonisation to happen, while improving investor confidence to unleash the private capital necessary to reach net zero by 2050. In the process, the government will create the right framework for new industrial sectors to base themselves in the UK and attract inward investment, while future-proofing businesses to secure the long-term viability of jobs in the UK’s industrial heartlands.

The strategy will also:

Establish the right policy framework to ensure uptake of fuel switching in industry from fossil fuels to low carbon alternatives such as hydrogen, electricity or biomass

Establish a targeted approach to mitigate against carbon leakage that meets the government’s domestic and global climate goals, while keeping businesses competitive

Explore the role of coordinated action on public procurement to create demand for green industrial products, helping to drive down costs and allowing a broader market to develop

The government is expecting industrial emissions to fall by two-thirds by 2035, and by at least 90 percent by 2050, compared to 2018 levels. It wants at least 3 megatons of CO2 to be captured within industry per year by 2030, compared to minimal levels at present.

CBI Chief Economist Rain Newton-Smith said that ahead of COP26, the strategy is a “welcome demonstration of the UK’s commitment to act on climate change, to make our post-pandemic recovery a green one, and to give businesses the certainty they need to invest in the technologies of the future”.