Thursday, 01 November 2012
0
REM
The wind energy sector is making significant improvements not just in the capital cost and performance of its turbines, but also in the ongoing cost of operating and maintaining them once installed, according to the inaugural Wind Operations and Maintenance Price Index just published by Bloomberg New Energy Finance. 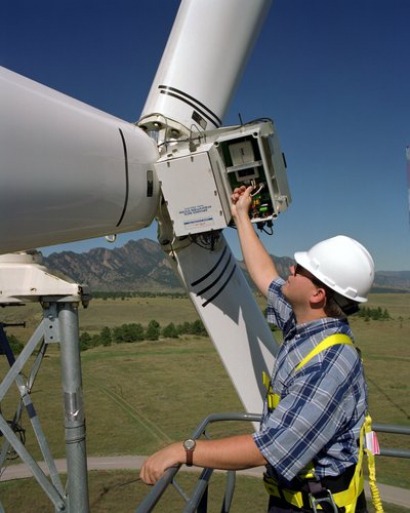 The index, based on contractual data submitted on a confidential basis by leading players in the wind energy sector worldwide, shows that the average price for full-service O&M offerings for onshore wind farms (including scheduled and unscheduled maintenance works and component replacement) fell to €19,200 per MW annually in 2012, from €30,900 per MW in 2008 - a cumulative decrease of 38 percent, or just over 11 percent per year.

"Wind power has done much to improve its competitiveness against gas-fired and coal-fired generation in recent years, via lower-cost, more technically advanced turbines, and more sophisticated siting and management of wind farms," said Michael Liebreich, chief executive of BNEF.

O&M services have become an increasingly important revenue stream for manufacturers as the installed base of turbines has grown, and particularly during the industry's current slowdown.

Turbine manufacturers have been competing hard for service contracts, resulting in keener pricing. Typical O&M agreements considered in the report include scheduled and unscheduled maintenance works, as well as replacement costs for major components (such as blades, gearboxes and generators), and provide availability guarantees to the wind farm owner.

The data have covered 104 confidential and undisclosed O&M contracts, totalling 5.3GW of contracted capacity, in more than 24 markets. In all cases the service providers are the turbine manufacturers, with a main focus in Europe and the Americas.

The main conclusions of the analysis are:

BNEF said the new The O&M Index will be updated twice a year.