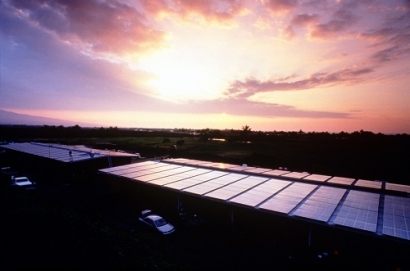 The project, owned and operated by AES Distributed Energy, consists of a 28 MW PV and a 100 MWh five-hour duration energy storage system, and will help Hawaii meet its goal of reaching 100 percent renewable energy by 2045. The new PV peaker will deliver roughly 11 percent of Kaua’i’s power, making the island more than 50 percent powered by renewables.

“We’ve passed the 50 yard line and the end zone is in sight,” said KIUC’s President and CEO, David Bissell, at the unveiling of the power facility.

Power from the facility will be purchased by KIUC at 11 cents per kilowatt hour via a 25-year power purchase agreement. “Replacing fossil fuels with stable, lower-priced renewables helps us keep rates as low as possible for our members,” stated Bissell.

He added that the facility will also avoid the use of 3.7 million gallons of diesel each year. Overall, KIUC’s renewable portfolio has expanded from 8 percent in 2010 to more than 50 percent at the end of 2018, with a corresponding reduction of 15 million gallons of fossil fuel usage per year.

The fully integrated Lāwa’i project will support three vital scenarios in power distribution – it allows for solar generation to supply the grid while charging the battery system, dispatches power stored in the battery system to the grid during peak demand periods and can dispatch solar and battery power simultaneously to answer spikes in demand in addition to supporting the grid through provision of ancillary services.