Monday, 30 September 2019
0
REM
Azuri Technologies, a leader in pay-as-you-go solar home technology for off-grid Africa, continues to build on its vision of ‘connecting the unconnected’ with the opening of an off-grid solar center in Kisumu County, Kenya. 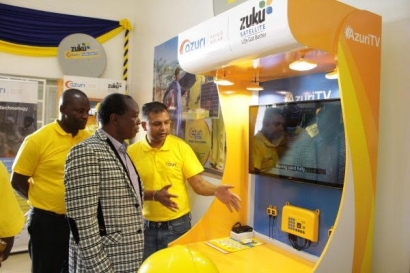 According to the Kisumu County Government, only 46 percent  of the county’s general population is connected to the grid. Azuri’s new solar center will bring affordable, clean energy to the many thousands across the county who lack access to mains electricity. More than 600 million people in sub-Saharan Africa continue to live without reliable power.

Since launching in 2012, Azuri has become one of the leading providers of pay-as-you-go solar power lighting and TV systems, operating in Kenya, Tanzania, Uganda, Zambia and Nigeria. To date, the company has sold over 150,000 systems.

“The launch of the Azuri’s off-grid solar center in Kisumu brings modern devices and services to our residents while addressing the challenge of energy access,” said Daniel Okia, Chief Officer, Ministry of Energy and Industrialisation, Kisumu County.