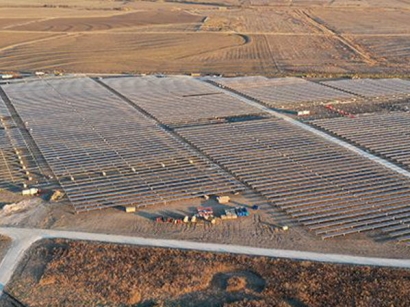 The project is under construction in Travis County, Texas, and is expected to achieve commercial operation in mid-2021. The energy generated from the Pflugerville Solar project will be sold to Austin Energy under a 15-year power purchase agreement.

This is the fifth utility-scale project that Duke Energy Renewables has acquired from Recurrent Energy, including the Rambler Solar project in Texas, which reached commercial operation in 2020.

“We’re excited to add this terrific project to our growing Texas solar portfolio to meet the increasing demand for power in the state and support our longstanding relationship with Austin Energy,” said Chris Fallon, president of Duke Energy Renewables.

"This sale to Duke Energy Renewables is another milestone that demonstrates Recurrent Energy’s leadership position in the United States, where we currently have more than 5,700 MWac of solar projects under construction and in development and more than 1,045 MW / 4,180 MWh of energy storage projects under development,” said Shawn Qu, chairman and CEO of Canadian Solar.

“We currently meet 63% of our customers’ energy needs with carbon-free resources,” said Austin Energy General Manager Jackie Sargent. “Adding the Pflugerville Solar project to our portfolio will bring us closer to meeting our affordability and climate protection goals adopted by the Austin City Council and championed by our customers.”

The 144-MWac Pflugerville Solar project will generate enough energy to power approximately 27,000 homes. The power plant will utilize approximately 489,600 pieces of Canadian Solar's high-efficiency bifacial BiKu modules across 932 acres in Travis County, Texas. The engineering and construction for the project are being performed by Signal Energy. To support the construction of the project, in August, Recurrent Energy closed debt and tax equity financing totaling over $234 million. The tax equity financing was provided by U.S. Bank and the debt financing was provided by a bank club led by CIT Bank, which included Norddeutsche Landesbank (“Nord/LB”), Rabobank, and Zions Bank. Duke Energy Renewables will provide the long-term operations and maintenance services to the project.

The project is expected to employ 350 workers at peak construction, with at least 50% of those construction jobs expected to be filled by local skilled tradesmen from the Travis County area. Along with indirect economic benefits that accompany solar project development, such as increased local spending in the service and construction industries, Pflugerville Solar will also have a positive economic impact on the local community by providing significant tax revenues for Travis County and the Elgin Independent School District.