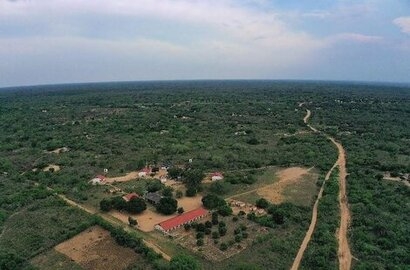 The total funding of one million euros - guaranteed by the A2E Fund (Access to Energy) - will have a direct impact in priority areas such as health, agriculture, education and access to drinking water, involving more than one million direct and indirect beneficiaries.

The financing, under the fourth edition of The Access to Energy Fund, reinforces EDP's social impact strategy in emerging economies and its focus on ensuring a fair energy transition. The projects now selected will benefit close to one million people in four African countries.

The use of decentralised solar energy and energy storage technologies are at the basis of all the projects selected in this fourth edition of A2E Fund, in a total of 158 applications. Among these projects, there is, for example, a system of solar capsules that supply energy to maternity hospitals, micro-electric grids to supply clinical posts, solar systems for agricultural production or cold storage in local markets.

Through this financing, EDP is reinforcing its social impact strategy, promoting energy inclusion in more disadvantaged territories. In the case of Africa, which represents around 70 percent of the world's population without access to electricity, this support is another contribution to meeting the needs of decarbonisation, climate action and access to energy - this is, in fact, one of the topics on the agenda of COP27, the United Nations Climate Conference, which is being held in Egypt until 18 November.

“Access to electricity is crucial to ensure the security and development of any community - and is an impactful issue in many remote communities or in more vulnerable situations in sub-Saharan Africa” said Vera Pinto Pereira, executive board member of EDP who is responsible for the group's global social impact strategy. “Our commitment, now reinforced with the funding of nine more projects, is to continue contributing to facilitate this access to clean, safe and low-cost energy in these communities, and thus promote energy inclusion. The positive impact that EDP wants to have is measured by each of the lives that we help to change with this support. Whether it's a child who can now study at night in their home because they have lighting, a doctor or nurse who now have emergency equipment to assist births and surgeries, or a saleswoman who can preserve their fresh produce in the market for longer and thus increase their family income.”

Nigeria, with four projects, and Mozambique, with three, are once again the countries with the most proposals selected in this fourth edition of the A2E Fund. Regarding Nigeria, the chosen promoters are We Care Solar (energy for maternity hospitals), Konexa (electrification of clinical posts and adjacent communities), Reeddi (solar capsules for families and small businesses) and Optimal Greening Foundation (drinking water and sanitation project).

With this fourth edition of the A2E Fund - a corporate social responsibility fund that doubled the amount of funding to 1 million euros in 2022 - EDP continues the programme started in 2018. In the three previous editions, the fund has already provided a total of 1.5 million euros to support 20 projects in seven African countries (Angola, Malawi, Mozambique, Nigeria, Kenya, Rwanda and Tanzania) that have contributed to improving the lives of 80,000 people and indirectly, more than one million. A positive impact that is reinforced in this new edition of the programme, which is estimated to benefit directly more than 40 thousand people and indirectly more than 900 thousand in these territories.

EDP thus reinforces its commitment to the planet's sustainability, through the dissemination of renewable energies and the fight against poverty and electric exclusion that still affect the lives of millions of people, especially in remote rural communities in developing countries. The support to these projects is thus a decisive contribution to ensure a more sustainable, inclusive and fair future, in line with the company's own ambition of being totally green by 2030.

Project Summary One by One

In a country with one of the highest maternity mortality rates in the world (19 percent), where about 300,000 women and one million newborns die due to complications in pregnancy and childbirth, according to WHO data, Nigeria's neo-natal healthcare system is among the worst in the world. We Care Solar believes that energy can save lives. Its plan is to provide clean energy to 60 primary health centres with delivery rooms equipped with solar 'suitcases', which ensure lighting and the operation of emergency medical equipment - a solution that could help save 32,000 mothers and babies every year.

The electricity grid in Kaduna State has limited rural coverage and is not stable, providing only an average of 3-4 hours of electricity per day in electrified areas. Agricultural communities, located kilometres away from the grid, have no reliable access to power, forcing healthcare providers to work with candles at night and families to rely on charcoal and wood at home. With its project, Konexa aims to electrify five primary health care centres and 375 homes in the surrounding communities. With this project, more than 2,250 people (including 930 children) will switch to clean energy, reducing their exposure to toxic fumes and improving their health services.

Access to electricity is critical for the social and economic development of communities in sub-Saharan Africa. This is the case in Nigeria, the most populous country in Africa, where around 70 million people have no access to energy and more than 50 million, despite being connected to the grid, get no more than four hours of electricity a day. Reeddi found a solution by distributing capsules - a kind of small portable batteries - to 400 homes and small shops in four communities. This clean, affordable and reliable energy solution not only reduces energy bills by more than 30 percent, but also makes it possible to increase the income of more than 70 local small businesses

More than 58 million people in urban areas in Nigeria live without basic sanitation - notably in Lagos, where only 10 percent of the population has access to clean piped water. It is precisely in this city that this foundation is now developing a sanitation and access to clean water project in an island community (AGALA), 30 minutes by boat from Lagos. With 221 households (about 1,100 people), this community will benefit from the implementation of a water treatment system and other equipment powered by solar energy. The aim is to empower community members by creating at least 25 jobs for youth and women, who will be trained to operate, manage and secure these facilities after the implementation of the project.

On Mbenguelene Island, 160 families live isolated and without electricity, with only one transport boat available. In this community, which lives from fishing and agriculture, 80 children learn under hoses and there is a high level of teacher absenteeism due to the fact that they do not have a place to live during the school year. Educafrica wants to change this reality by providing clean energy to the new school facilities and teachers' house that it has started to build, allowing students to improve their education and teachers to have dignified living conditions, with lighting in the house, a water pump or a refrigerator. In addition, the population will have a boat with an electric motor, which will allow them to transport people and goods more quickly and easily.

Fishing activity in the Cahora Bassa region has a significant social impact for more than 10,300 people, as it contributes to food security, employment and family income. However, fishers have limited access to specialized equipment and markets and are not prepared to participate in management models. In addition, the number of market infrastructure is restricted, and the sales volume is very small. How to change this? Equipping fishermen with solar powered refrigeration and freezing machines is the first step. The project will also provide a solar energy system and equipment to a fish market. This change promotes a new entrepreneurial mindset among fishermen and aims to help increase fishermen's income and resilience to the impact of climate change.

As manager of 500 hectares of agricultural land, Casa do Gaiato provides a source of food for vegetables (corn, potatoes, onions, garlic, tomatoes, peppers, cabbages) and meat (chickens, pigs, calves, etc.) for the children and young people on the estate, as well as for the 165 women and their families who live in the surrounding area of the farm known as the Fazenda. To reduce high electricity costs, as well as supply failures, and eliminate the use of polluting fuels such as diesel, a photovoltaic solar system and another storage system will be installed on the agricultural area of this orphanage, and at the school, which will now have a sustainable and reliable energy supply at affordable prices.

In the heart of Kwanza Sul province, the community of Cuerama suffers from isolation, the lack of roads to nearby villages and access to a telecommunications network. Reversing this scenario has become a priority for the Cuerama Foundation since 2015. To provide a better service the community will provide clean energy to the new facilities, such as the medical centre (for vaccine refrigeration, diagnostic equipment), the primary school and the school canteen (food preservation), among other interventions. Around 5,000 people will benefit from this project, which will also enhance the possibility of working with machinery and electrical equipment in carpentry, sewing, basketry, pottery, agriculture, and the artisanal production of soap.

The annual agricultural income of 15 million people in Malawi (80% of the total population) who depend on agriculture for their livelihoods is extremely low. With limited harvests throughout the year and struggling to get fresh produce to take quickly to markets, these farmers are forced to accept the low prices offered to them and so their financial condition remains critically fragile. With this project that uses solar energy in the post-harvest agricultural phase, about 1,000 farmers will have access to conservation and processing technologies powered by renewable energy and will be trained in good agricultural practices to meet the demands of buyers. This could represent a 200% increase in their income, but also a relevant step in solving other problems, such as feeding children in Malawi - for example, one of the crops processed are peanuts, used by a partner organisation in treatments for children with sub nutrition problems.