Monday, 21 May 2018
0
REM
In 2019, Enel Green Power will build new solar photovoltaic plants and wind farms in Andalusia and Extremadura, for a combined total of more than 320 MW of installed capacity, thanks to an investment of €280 million ($330 million). 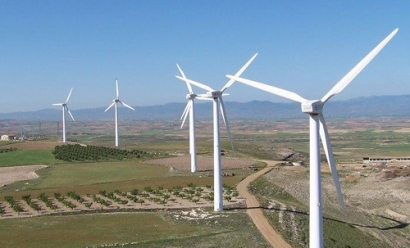 Enel Green Power España's (EGPE) goal for 2019 is to double the renewable capacity for Spain's Andalusia and Extremadura regions.

In these Spanish territories, EGPE can now boast an installed capacity of 350 MW. During the course of next year, following up on a series of renewable energy tenders signed off by the central Spanish government, EGPE will go ahead with the construction of new wind farms generating 64 MW and new solar parks totaling 260 MW.

The new projects will benefit from Andalusia's strong and constant winds. In Vejer de la Frontera, a short distance from the city of Cádiz, the windfarm will generate 22 MW while a second one, racking up 42 MW, will find its place near Malaga, nestled among the towns of Teba, Almargen and Campillos.

As the designated winner of the Spanish government's second wind energy tender and third solar energy tender, EGPE is slated to build new renewable energy plants for an estimated total installed capacity of 879 MW; 540 MW of wind energy and 339 MW of solar.

EGPE is planning to build seven new renewable plants in Extremadura and Murcia, at a total cost of €800 million ($942 million). Once operational, these new plants will generate about 1750 GWh yearly.