Wednesday, 10 August 2011
0
REM
The Ford Co., is teaming with solar provider SunPower Corp., to sell a solar energy system through Ford dealers in conjunction with the launch of the Focus electric sedan later this year. 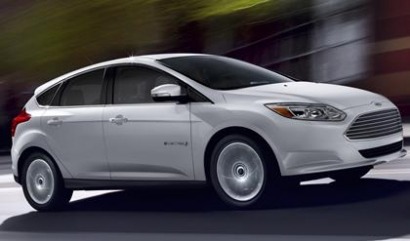 The SunPower solar panels will be mounted on the Focus owner’s home, but they aren’t necessarily intended to charge the plug-in version of Ford’s popular compact sedan.

Instead, the power they product for use in the house will be equal to an amount necessary to offset about 1,00 miles of driving per month.

To generate enough solar power for an electric-car offset, the system will have about 147 square feet of roof panels. The 2.5 KW system will produce about 3,000 kilowatt hours of electricity a year.

The option, which will be offered by Ford dealers to Focus electric buyers, will cost about $10,000 after federal tax credits.

The company said it will lease an existing building which has up to 320,000 square feet of capacity to manufacture its high-efficiency E18 series, E19 series and E20 series solar panels for residential, commercial and power plant projects. The facility will also produce its SunPower T5 Solar Roof Tile system.