Gadir Solar Photovoltaic Panel Factory to be Auctioned on November 6

Monday, 22 October 2018
0
Dan McCue
In recent years, the solar panel manufacturing industry in Spain has suffered greatly due to the economic crisis, the cut-down on subsidies and the “sun tax” promoted by several governments in the country. A host of factors have paralyzed their activity and have destroyed many of them.The Gadir Solar plant, in Puerto Real, is but one example and consequently, the photovoltaic panel factory of Gadir Solar will be auctioned off on November 6th, 2018. 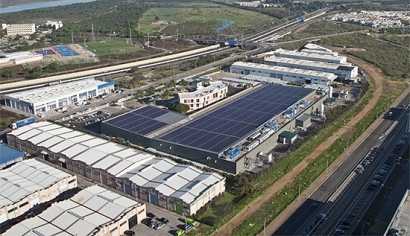 On October 1, 2009, it was reported by Energias Renovables that the latest generation amorphous silicon thin-film photovoltaic module factory in Puerto Real (Cádiz) had been inaugurated. The Gadir Solar plant received an investment of more than €150 million. In 2011 its activity ceased and the 196 workers began to negotiate their dismissal a few months later.

Gadir Solar was born out of the need to lower the costs of photovoltaics and started the production of thin-film modules of silicon amofo, a type of low-cost panel. It received aid of more than €25 million, but in mid-2011 the company began the complete liquidation of the workforce and a long process of liquidation which is now concluding.