Monday, 18 July 2011
0
REM
The international photovoltaic specialist Gehrlicher Solar has buily its first large-scale project in Bulgaria, located in Kosharevo near Breznik in the west of the country. The system capable of generating peak power of around 1.2 MWp was completed in June 2011 and will be connected to the public power grid in the near future, says the company. 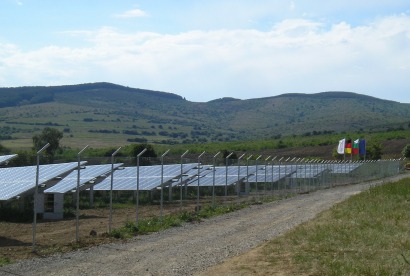 Gehrlicher Solar has installed a total of 4,968 Sunowe modules on a field measuring 1.9 hectares during the construction of the Kosharevo solar park, 30 kilometres west of Bulgaria’s capital, Sofia. The system, capable of generating peak power of around 1.2 MWp, was completed in June 2011 and will be connected to the public power grid in the near future, says the company.

"We were able to realise this first large-scale project within a few weeks, even before the reduction of compensation by 1 July,” explains Gerald Kumerle, Technical Director of the Gehrlicher Solar’s Ground-Mounted Systems Business Unit. “As a result, the solar park will receive feed-in compensation of 35.75 cents per kWh."

"Even at a lower compensation of 24.83 cents per kWh, investments in Bulgarian solar projects will be profitable. We are planning to expand the Kosharevo Solar Park in the course of the coming months to exceed 3 MWp and already have additional projects in the double-digit MWp range in the pipeline," revealed Dr. Tim P. Jungblut, Commercial Director from the same business unit.

While the Bulgarian government is campaigning to generate 21 percent of its electricity from renewables by 2020, this month it has introduced cuts to the feed-in tariffs available for solar arrays in light of decreasing solar module production costs.

Bulgaria has around 30 megawatts of installed solar capacity, which should grow rapidly in the future, even despite the tariff cuts, as these rates still remain considerably above those paid in Germany and because Europe’s fifteenth largest country enjoys a sunnier climate than many of its European neighbours.

In addition to project planning and engineering, Gehrlicher Solar was responsible for construction of the Kosharevo system and will also take over its technical operation subsequent to grid connection. The solar park was acquired and will be operated by the Bulgarian investor group, GSG Studena OOD.