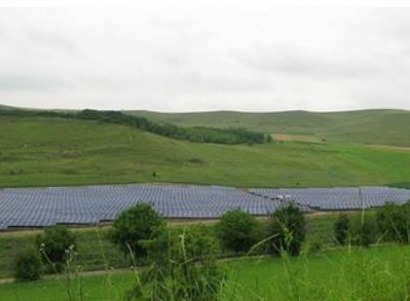 Construction of the parks was completed in just over six weeks.

"The very successful realization of our first Romanian project with 9 MWp in Isaccea last November gave us the chance to convince the investor early on with our rapid realization capability and high reliability," said Klaus Gehrlicher, CEO of Gehrlicher Solar AG. "Therefore, we are very pleased to have been awarded the contract for the design and construction of three additional solar parks in Romania.”

Gehrlicher Solar used a flexible mounting system on the projects that was customized to the local territory and is distinguished by its high load-bearing ability and its superior resistance to corrosion.

36,168 modules manufactured by Jinko were used for the construction of the plants and SMA produced the nine central inverters to convert solar power into grid-compatible direct current.

Each of the three solar power systems will produce around four million kilowatt hours of clean energy annually.

Compared to electricity generated from fossil fuels, the plants will avoid the emission of nearly 10,500 tons of CO2 annually, Gehrlicher Solar said in a written statement.

In addition to these solar power plants there are two subsequent projects of about 2.5 MWp each under construction in Brasov. After the successful implementation of these further systems, Gehrlicher Solar will reach a total installed capacity of more than 23 MWp in Romania.