Monday, 20 September 2021
0
Robin Whitlock
John Carney, Governor of the State of Delaware, signed three environmentally-focused bills on Friday which will help to expand the use of renewable energy and reduce carbon emissions, as well as curbing plastic waste. 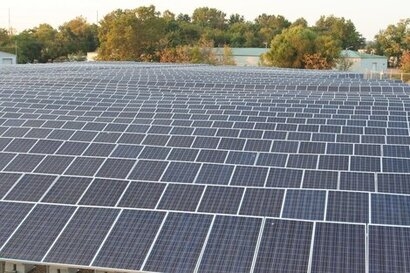 Governor Carney joined members of the General Assembly and environmental advocates at a Wilmington-based solar array to sign the three environmentally focused bills which are sponsored by Senator Stephanie Hansen, who chairs the Senate Environment & Energy Committee..

Signed at the site of a 2-megawatt solar array near the confluence of the Brandywine Creek and Christina River owned by Soltage LLC, Senate Bill 2 is designed to accelerate the adoption of community-based photovoltaic systems in Delaware.

The legislation creates a legal framework that will allow residents to enjoy the cost savings and low-carbon footprint of solar power without needing to install photovoltaic panels on their own properties. Instead, neighbours and community groups can receive a credit on their electric bill by subscribing to a centrally located community solar project, which can now be developed under a variety of ownership, management, and contract models.

Delaware law has allowed for community-owned solar generation facilities since 2010, when the shared solar concept was still being tested throughout most of the country. Today, at least 40 states and the District of Columbia host at least one community solar project with most located in Maine, Minnesota, New York and Colorado.

“It takes all of us working together to address the existential threat of climate change in our communities” said Governor John Carney. “It is my pleasure to finish the great work of Senator Stephanie Hansen, members of the General Assembly and advocates across the state, and sign these important pieces of legislation to protect our state’s environment for future generations.”

Senator Stephanie Hansen added that the measures – along with the updated Renewable Portfolio Standards signed by the governor in February – mark significant steps forward in Delaware’s energy policies and its stewardship of the natural environment.

“None of these bills would have been possible without input from dozens of environmentalists, community groups, businesses and advocates who were willing to put aside their differences to help forge policies that will lead to a healthier, cleaner and more sustainable Delaware” said Senator Hansen.

Under a regulatory process implemented by the Public Service Commission with consumer protections provided by the Delaware Department of Justice, SB 2 requires all community solar projects in Delaware to serve a diverse customer base that includes low-income and middle-class households -- an environmental justice component that will ensure solar energy is available to all Delawareans.