Wednesday, 19 February 2020
0
Robin Whitlock
A long-term power purchase agreement (PPA) signed by Iberdrola and Heineken will help to bring into operation a new solar PV plant being constructed in Andévalo in 2020, thereby helping Heineken to produce its beers using renewable energy only. 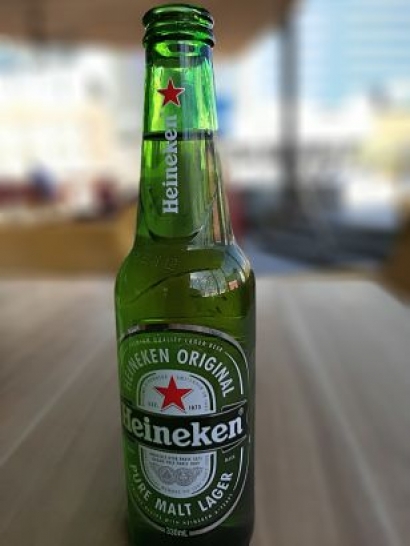 The project is a significant advance for Iberdrola, which is planning to install 3,000 MW of solar PV by 2022, through bilateral agreements that promote the supply of power at affordable prices to large customers committed to sustainability.

The agreement reached by the two companies will promote the construction of a new photovoltaic plant in Andévalo, which will guarantee the supply of green electricity to Heineken’s four breweries and offices. It is the first time a long-term Power Purchase Agreement (PPA) has been signed in Spain between an electricity supplier and a brewing group. The Andévalo plant will avoid the emission of over 100,000 tonnes of CO2 a year and is thus an important part of the brewer's plan to use only renewable energy by 2023, making the brand a benchmark for sustainability.

The plant will become operational in 2020, in PPA (Power Purchase Agreement) mode, avoiding the emission into the atmosphere of over 100,000 tonnes of CO2 a year. It forms part of Iberdrola’s strategy of investing in clean power generation projects in Spain.

Heineken is implementing and ambitious road map which, among other initiatives, encompasses a 100 percent renewable electricity supply.

Located in the municipality of Puebla de Guzmán (Huelva), the project will have an installed capacity of 50 MW and will consist of 147,000, 340 Wp polycrystalline silicon modules that will generate 82 GWh/yr. The plant will be built inside the biggest wind farm in continental Europe, El Andévalo (292 MW), developed and managed by Iberdrola since 2010.

“PPAs open up new opportunities for the development of energies that will set the standard for the world's energy future” said Ángeles Santamaria, CEO of Iberdrola España. “Renewables have proven their competitive advantage and their ability to supply power at affordable, stable prices, and the PPAs in the long term, as well as bringing stability to the company's investments in renewable projects, will rise as an instrumental tool in managing the power supply for large consumers who are committed to achieving green and sustainable consumption”.

Guillaume Duverdier, Managing Director of Heineken España, added that the initiative reaffirms the company’s commitment to sustainability. It forms part of the company’s plans to become the greenest brewer, but it will also help reactivate employment in the local community.

Iberdrola is planning to spend 8 billion euros between 2018 and 2022 on leading the transition towards a completely carbon-free economy by promoting renewable energy. The company is already the most prolific producer of wind power in Spain, with an installed capacity of 5,770 MW. It’s total installed renewable capacity, including both wind and hydroelectric, is 15,828 MW. The company operates 883 MW in Andalusia, mainly using wind power. Globally, Iberdrola's installed renewable capacity is over 30,300 MW, which makes its generation fleet one of the cleanest in the energy sector.