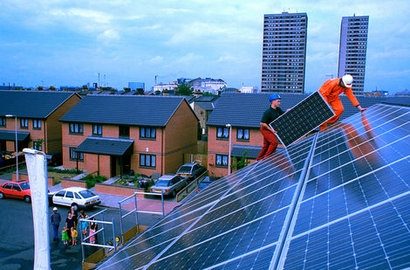 According to the study, the UK could have the potential to increase solar deployment by 2030 to 80GW, more than six times current levels. Such scale of deployment could lead to the creation of 200,000 green jobs in the UK. This would represent a step change and mean a significant proportion of UK buildings would have solar and battery storage. At its height the UK solar industry installed 4GW in a single year in the UK, so with the right market framework and improvements to the grid, this potential could be realised.

“This ambitious report illustrates the growing potential and confidence in the solar industry. It is ambition like this which will put us on track to net zero” said Leonie Greene, Director of New Markets at the STA. “Solar is affordable, popular and proven but Government, network providers and regulators must deliver an effective market framework. This would enable business and the public to embrace this technology at an unprecedented rate to tackle the climate emergency. The industry stands ready to deliver solutions, at scale, and to continue to innovate at an extraordinary rate, delivering clean growth and jobs over the coming years.”

The UK currently has just over 13GW of solar deployed, and STA forecasts project the industry could deploy 4-7GW of subsidy-free solar over the next four years amid falling costs. Analysis published by the STA predicts the levellised cost of electricity (LCOE) for solar could fall below £40/MWh before 2030 under a stable policy framework. The announcement comes during the same week that the UK is set to legislate for net zero greenhouse gas emissions by 2050.