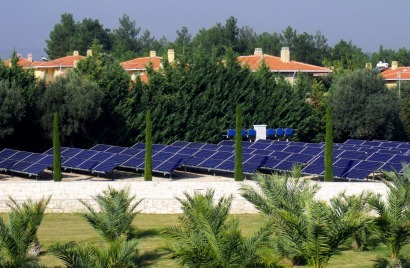 The 100 kWp system, which was connected to the grid last month, was installed on open land belonging to the winery by the Turkish EPC contractor Laterna from Istanbul.

The project is a continuance of the winery's green operational philosophy. Since its founding it has chosen not to use any pumps when producing its wine and instead employs the natural gravity flow technique, which improves the wine’s flavor and saves energy.

“Even on hot days, Innotech Solar modules produce significantly more power than other modules on the market. This was very important for us when making our decision, as we often see temperatures of up to 45 °C,” said winery owner Can Ortabaş.

. “I was also convinced by ITS modules’ green production process, as this matches our vineyard’s philosophy of producing wine in an environmentally friendly manner,” Ortabaş said.

“We are delighted that our modules’ quality and environmentally friendliness have satisfied the winery owner’s high standards and that we were chosen from a number of major competitors,” said Dr. Jerry Stokes, the CEO of Innotech Solar.