Monday, 17 September 2018
0
REM
German company, Juwi Renewable Energy, has signed an agreement with the University of Queensland to deliver a high penetration solar, battery hybrid power solution at the Heron Island Research Station located in the Great Barrier Reef under an EPC contract. The project consists of a 500kW roof top installation combined with a 0.6MWh vanadium flow battery integrated with diesel generators using a microgrid control system. This project is expected to deliver over 80 percent of the research facilities annual electricity needs and be operational in mid-2019. 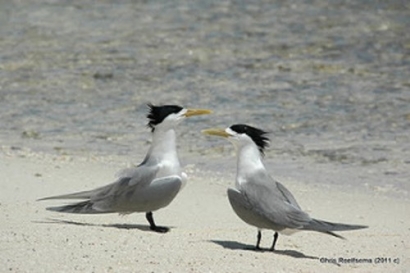 The project builds on the success of the world’s largest solar, battery hybrid project delivered by juwi at the Degrussa mine in Western Australia which has been operating for three years during which time it has reduced the diesel consumption at the mine by over five million liters per annum.

Dave Manning, Global Head of Hybrid for juwi, said, “Hybrid power solutions offer the potential to significantly reduce the amount of diesel consumption in often pristine environments whilst maintaining reliability. On top of that hybrid power stations now generate electricity at a lower cost than traditional fossil fuel power stations. We are looking forward to working with the University of Queensland to deliver this landmark project on the Great Barrier Reef.”