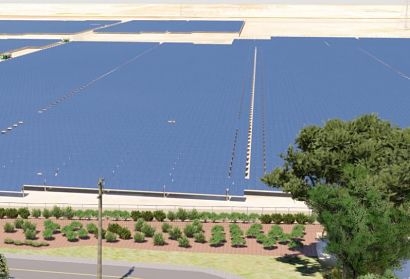 All of the electricity generated by the 16.5MWdc/13MWac project, enough to power about 2,600 homes, will be purchased by the Sacramento Municipal Utility District (SMUD) through a long-term power contract. SMUD, one of the largest community-owned, not-for-profit, electric service providers in the US, has been recognised worldwide for its innovative leadership in sustainability.

SMUD will use the power purchased from Wildflower to support its Neighborhood SolarShares programme that can provide solar to new housing developments through an off-site utility scale solar project. The community solar programme gives developers the ability to deliver the environmental benefits of solar power without having to install it on every rooftop.

“This programme provides options to builders and a net benefit to potential homebuyers, all while providing clean power to our community” said Arlen Orchard SMUD CEO and General Manager. “The state of California and the Sacramento region are facing an affordable housing crisis and our low-cost solar option provides a valuable tool to lower the construction costs of new homes while supporting carbon reduction goals.”

Kevin Smith CEO of the Americas for Lightsource bp, added that the affordability of solar, combined with its generation of emissions free electricity has made it an ideal source to add to the country’s energy mix and that adding on benefits such as community solar programmes that help contribute to affordable housing, along with implementing long-term land management plans that enhance local biodiversity, are all ways that Americans can work together to multiply solar’s contribution to the nation’s economy and environment.

Lightsource bp secured tax equity financing for the project from Guardian Life Insurance Company of America, via its partnership with the Rockwood Group. National Westminster Bank PLC (NatWest), a major retail and commercial bank and leading project financing lender in Europe and long-standing partner of Lightsource bp, is the senior project finance debt lender. The balance of the equity requirements will be invested by Lightsource BP. Lightsource bp engaged CohnReznick as the financial advisor on the transaction.

Lightsource bp creates customised long-term land and environmental management plans for solar farms that aim to maintain, as well as develop, plant and wildlife habitats to provide a net gain for local biodiversity. The plan for Wildflower Solar will be to create a pollinator friendly solar farm, designed in collaboration with ecology experts to restore and conserve pollinator habitat.

In California as well as around the world, habitat loss and climate change have caused pollinator populations to decline. Over 85 percent of the world’s flowering plants, including more than two-thirds of the world’s crop species, are dependent on pollinators, so declining populations have detrimental effects on food systems worldwide. Researchers at the Department of Energy’s Argonne National Laboratory have found that stable pollinator populations facilitated by pollinator-friendly solar farms allowed nearby agricultural land to be pollinated and, ultimately, boosted crop yields.