Monday, 23 July 2018
0
Dan McCue
Australia’s New Energy Solar has agreed to acquire the Beryl Solar Farm from a subsidiary of First Solar, Inc. Beryl is the second project that New Energy Solar has acquired from First Solar in Australia, following the announcement of the acquisition of the Manildra Solar Farm. Under the agreements, and subject to the satisfaction of conditions precedent, New Energy will acquire a 49 percent interest in Beryl shortly after construction has commenced. Once Beryl reaches commercial operation (targeted for mid-2019), and subject to remaining consents and conditions, New Energy will acquire the remaining 51 percent. 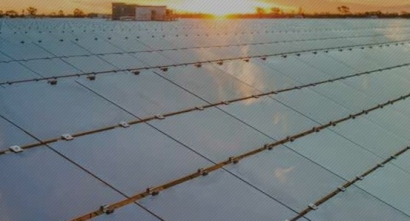 Beryl is located approximately 5km west of Gulgong, New South Wales, in one of the three priority renewable energy zones identified by the NSW Government. On full commercial operation, the plant will sell approximately 134,000 MWh of electricity per annum to Transport for NSW (TfNSW) under a 15-year power purchase agreement to meet the electricity requirements of the Sydney Metro Northwest railway.  The TfNSW PPA represents approximately 69 percent of Beryl’s generation during the 15 year term.

New Energy Solar’s Head of Investments, Liam Thomas said, “Beryl is an ideal project for our second Australian acquisition, and we are very pleased to have added a project of this scale and quality so soon after Manildra. Once completed, approximately 20 percent of New Energy Solar’s portfolio will be in Australia.”