Monday, 21 January 2019
0
Robin Whitlock
The New Jersey Board of Public Utilities (BPU) has approved rules for a new community solar pilot programme that will give many renters, low-income families, businesses, and others an easy and affordable way to go solar for the first time. 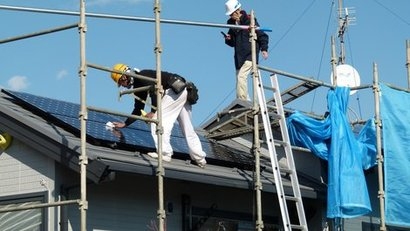 The ruling clears the way for at least 225 MW of community solar to be built in New Jersey over the next three years, which will fuel bill savings and power approximately 20,000-30,000 homes and other customers. The programme will also create local clean energy jobs and help the state meet its ambitious renewable energy goals.

“Community solar gives everyone, regardless of their income level or what kind of building they call home, the opportunity to benefit from safe, healthy, affordable solar power” said Pari Kasotia, Mid-Atlantic Director for Vote Solar. “We thank Governor Murphy, state lawmakers from both sides of the aisle, and the BPU for showing the state and the nation what it means to build a just and equitable clean energy economy. This is the kind of leadership our communities and our climate need and deserve”.

Brandon Smithwood, policy director for the Coalition for Community Solar Access (CCSA), added that the ruling was one of the final steps to getting the community solar pilot programme up and running in communities across New Jersey and that developers are expected to be building projects in about a year with customers subscribed to community solar projects and seeing savings on their energy bills within the next two years.

Solar has quickly become one of America’s fastest growing and lowest cost energy sources.  However, physical and financial barriers prevent up to 75 percent of consumers from going solar on their own rooftops – families who rent, have shaded rooftops, or don’t qualify for standard financing solutions, for example. In 2018, New Jersey Governor Phil Murphy signed the state’s new community solar programme into law, which is designed to give more customers a way to go solar by participating in a shared solar installation located somewhere else in their community and receiving a credit on their utility bill for their share of the power produced.

Vote Solar and CCSA noted that New Jersey has a significant community solar opportunity with room to grow well beyond the 20,000-30,000 customers that will be served by the newly approved pilot programme. By comparison, a 2018 study from GTM Research found that community solar has the potential to deliver energy savings for more than 400,000 customers in New Jersey, including a quarter million low-to-moderate income and affordable housing customers, by 2030. The BPU is able to evaluate and expand the programme each year and, once the three year pilot programme is complete, will transition to a permanent community solar program. The programme’s rules are flexible enough to allow for projects built across the state on a variety of sites including brownfields, warehouses, rooftops, and farms where they can provide a critical source of revenue.

The rules voted on today will become official once they are published in the state register. BPU will now finalize the application process for the new programme which should open to developers by March, and local planning boards should start receiving projects proposals from developers in the coming year.