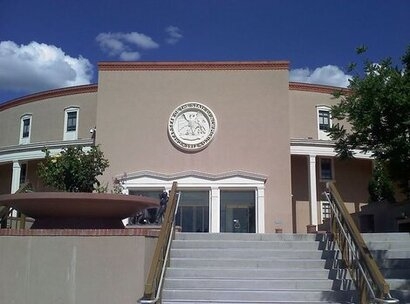 The bill passed in the House of Representatives earlier this month by a vote of 44-3 and in the Senate by a vote of 25-12. It was sponsored by Senator Elizabeth “Liz” Stefanics (D- Bernalillo, Lincoln, San Miguel, Santa Fe, Torrance, Valencia) and Senator Linda M. Lopez (D-Bernalillo) on the Senate side and Representative Patricia Roybal Caballero (D-Bernalillo) and Andrea Romero (D-Santa Fe) on the House side.

The new law authorises community solar projects, which refer to small, local solar facilities shared by multiple community subscribers who receive credit on their electricity bills for their share of the power produced. Community solar makes solar savings more accessible by eliminating the primary barriers to rooftop solar, like upfront costs, owning your home or office building, or having a suitable roof. The law requires 30 percent of each community solar facility to serve low-income households. The projects are often co-located on local farms or underutilised land, providing significant opportunities for New Mexico farmers and landowners to generate additional monthly revenue by leasing portions of their land to community solar developers.

The Community Solar Act was a result of many years of consensus building and provides an important complement to the Governor’s Energy Transition Act by expanding clean energy access and bill savings to disenfranchised communities previously left out of the clean energy revolution, making New Mexico’s energy transition more equitable and just. According to a study by the University of New Mexico, the bill has the potential to create thousands of jobs and hundreds of millions of dollars in economic benefits across the state.

“We would like to thank Governor Grisham for signing the Community Solar Act and for her continued leadership in making New Mexico a renewable energy leader,” said Kevin Cray, Mountain West Regional Director for Coalition for Community Solar Access. “This bill will ensure all New Mexicans can benefit from solar energy and will expand New Mexico’s economy with clean, locally produced community solar. We look forward to working with the Public Regulation Commission to develop program rules so we can get a program up and running by early next year.”