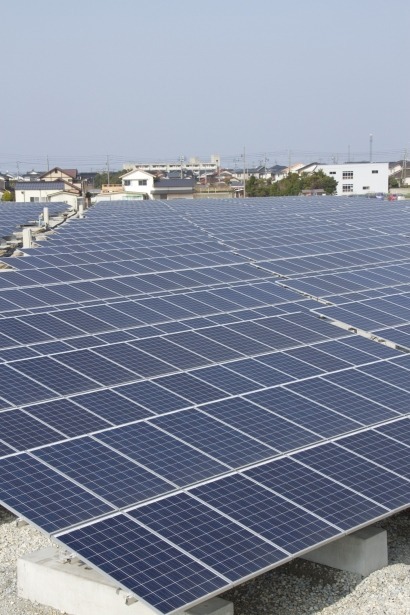 REC has officially launched a new 1.7MW solar power plant in Yonago, Tottori, Japan. The plant consists of 7,056 REC Peak Energy Series solar panels and will be able to generate over 1,840 MWh of clean, green electricity per year.

The launch ceremony was attended by high profile figures such as the Mayor of Yonago City, Yasuo Nozaka, and His Excellency Arne Walther, the Norwegian ambassador to Japan. The development marks REC’s latest venture in the Japanese solar market.

“Japan is rapidly becoming a strong market for REC, and we’re delighted to be working with Advantec on this exciting project” said Go Sekiguchi, Representative Director Japan, REC.

Ownership of the plant is shared between Advantec and the Japanese radio & TV station BSS (Broadcasting System of San-in). Advantec is already active in the solar electricity sector and has been a partner to REC in Japan since 2011.

“While energy saving and increased imports of fossil fuels, especially liquefied natural gas, has been the immediate response to reduced reliance on nuclear energy in Japan after the Fukushima accident, accelerated development of renewables, not least solar, is emerging as a desired longer term priority” said Ambassador Walther. “I am happy to see REC, a pioneering company headquartered in Norway, leading the way for the next generation of solar energy. Not least with partners in Japan.”

REC opened an office in Tokyo last year to serve the expanding Japanese solar market and the new plant is geared towards an expansion of the company’s business in the country.