Wednesday, 19 April 2017
0
Robin Whitlock
Scientists from the US National Renewable Energy Laboratory (NREL) have outlined a potential worldwide pathway to produce a significant portion of global electricity from solar. 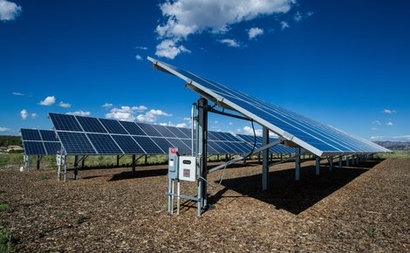 Currently, the annual potential of solar energy far exceeds the world's energy consumption, but the goal of using the sun to provide a significant fraction of global electricity demand is far from being realised. Scientists from the US Department of Energy's National Renewable Energy Laboratory (NREL), their counterparts from similar institutes in Japan and Germany, along with researchers at universities and industry, assessed the recent trajectory of photovoltaics and outlined a potential worldwide pathway to produce a significant portion of the world's electricity from solar power in the new Science paper, Terawatt-Scale Photovoltaics: Trajectories and Challenges.

Fifty-seven experts met in Germany in March 2016 for a gathering of the Global Alliance of Solar Energy Research Institutes (GA-SERI), where they discussed what policy initiatives and technology advances are needed to support significant expansion of solar power over the next couple of decades.

“When we came together, there was a consensus that the global PV industry is on a clear trajectory to reach the multi-terawatt scale over the next decade” said lead author Nancy Haegel, director of NREL's Materials Science Centre. “However, reaching the full potential for PV technology in the global energy economy will require continued advances in science and technology. Bringing the global research community together to solve challenges related to realising this goal is a key step in that direction.”

Photovoltaics (PV) generated about 1 percent of the total electricity produced globally in 2015 but also represented about 20 percent of new installation. The International Solar Alliance has set a target of having at least 3 terawatts - or 3,000 gigawatts (GW) - of additional solar power capacity by 2030, up from the current installed capacity of 71 GW. But even the most optimistic projections have under-represented the actual deployment of PV over the last decade, and the GA-SERI paper discusses a realistic trajectory to install 5-10 terawatts of PV capacity by 2030.

Reaching that figure should be achievable through continued technology improvements and cost decreases, as well as the continuation of incentive programmes to defray upfront costs of PV systems, according to the Science paper, which in addition to Haegel was co-authored by David Feldman, Robert Margolis, William Tumas, Gregory Wilson, Michael Woodhouse, and Sarah Kurtz of NREL.

GA-SERI's experts predict 5-10 terawatts of PV capacity could be in place by 2030 if a number of important challenges can be overcome.

There needs to be a continued reduction in the cost of PV while also improving the performance of solar modules. The cost and time required to expand manufacturing and installation capacity needs to fall and there has to be a move to more flexible grids that can handle high levels of PV through increased load shifting, energy storage or transmission. More electricity needs to be used for transportation and heating or cooling and there also needs to be continued progress in storage for solar generated power.